You are here: Home / Games / Tabletop & RPGs / Expand your HeroQuest with The Rogue Heir of Elethorn pack

Did you splash your cash to get the new HeroQuest? I didn’t, but I at least had the chance to. Hasbro didn’t open their crowdfunder to the UK, but Zavvi stepped in and coordinated an offer that made it worth the game maker’s while.

Now, Zavvi has The Rogue Heir of Elethorn expansion pack for less than £20. It’s due out in December, and you can pre-order it now I’m sure some Santa’s will be paying attention to that.

The pack contains two more minis for HeroQuest, 12 game cards and a story card. The two minis are male and female versions of the new skirmisher character who brings combat mobility, ambidextrous, dagger and bandolier cards.

Prepare for battle! Independent, but loyal to the monarch, The Rogue Heir of Elethorn is a nimble skirmisher deadly with small blades. When you play as this hero, you lack the ability to use metal armor and shields, but you’re equipped with your trusty bandolier, and are always ready to meet danger head on. This collector’s edition item includes 2 highly-detailed Rogue Heir of Elethorn figures with powers and skills not seen in HeroQuest characters.

The blurb also says you need the core HeroQuest rules to play. That’s still expensive, over £105 RRP here in the UK, but Zavvi currently has it discounted by £18 (which is more than the expansion costs, fyi).

Expand your HeroQuest with The Rogue Heir of Elethorn pack 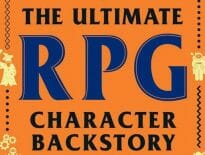