This is Audio EXP for the 9th of July 2022, and the title of this episode is “Superheroes and whiffs of Satan”.

[The following is a transcript of Audio EXP: #156]

I’ve tried to get in touch with Long Shadows, though they’ve not had much time to respond. The studio is that of author A.R. Kavli who penned the sci-fi With Our Drying Breath and Never Trust Old Men In Hats.

Well, I’m a nearly old man, and I often wear a hat, and I like to think I can be trusted. Nevertheless, I’ll try alternative ways to get in touch in a few days.

It’s Superhero Week on Geek Native as it’s the start of July. In previous years, I’ve had Superhero Weeks, where I’ve had several on-theme posts daily. Not this week. I’ve been hugely busy, but there have been some cracking finds, and we’ve been gifted with Thor hitting the cinemas and some SDCC teasers.

My favourite, though, is the news that Insight Edition’s Marvel Anatomy – A Scientific Study Of The Superhuman is on pre-order.

It’s an art book, really, though there’s this pretence of a Skrull invasion and Black Panther using science to determine which Marvel characters might be at risk from the shape-shifters.

What we actually get are 100 cool pictures of superheroes and villains in dramatic poses, with author notes and weird biological cut-aways. For example, is there a meat layer inside The Thing, or is Ben all stone? This book says there’s flesh inside, and it shows you where.

On top of Superhero Week and making this week video-heavy, I’ve also been trying to curate the anime releases. It’s the start of the season. I’m only surfacing those trailers I think are worth a watch and only two a day or fewer. In previous episodes of Audio EXP, I’ve discussed how I worry about getting the balance right.

Instead, I’ll talk about Nights with a Cat.

Yes, it’s based on a manga, but in essence, they’ve made a whole series about a chap who likes to come home and chill with his sister’s cat.

As far as I can tell, it’s a whole show about a cat being a goofball and people going “aww”. Maybe there’ll be a twist, but it’s a brave and anime move either way!

There’s plenty of RPG news too, so let’s start with the ENnies nominees for 2022.

The ENnies, by the way, haven’t been associated with EN World for years. Each year I cover them, I get some weird anti-EN World backlash. Oh well, if that’s your thing, it surely helps to be angry at contemporary reality rather than history.

I won’t go through all the nominees but here are Best Game and Best Free Game or Product.

Er, just to be clear. When I say “Demon-Fluffed Cleveland”, I’ve swapped a word out and put fluffed in. Why? Apple are strict podcast hosts.

The awards don’t say what happens next, but voting, one imagines, is the next step.

That’s kinda weird but not as weird as an American politician and US Secretary of State candidate Kristina Karamo who thinks demons are real which resulted in another, Ted Lieu, joking that they played D&D and know demons are real. Ted even shared a link to the 15 most powerful in the 5e system.

Whiffs of the Satanic panic in America again? Let’s hope and presume not.

Another bit of unexpected D&D and RPG-related news is the return, kinda, of Jamison Stone.

As a recap, there was a flood of evidence-based complaints against the CEO of Apotheosis Studio. The result was him stepping away from the company.

The latest update is that it was only a temporary stepping away, and an internal investigation found him largely not at fault. In fact, he’s the victim of fabrication and exaggeration, I paraphrase from the report.

So, he’s stepping back. However, as Apotheosis Studio is also largely just him and some freelancers, he won’t be giving refunds to people who no longer want anything to do with him and he’s not sure the studio will do anything again.

I’ve seen media reports summing all this up as the studio winding down.

I can’t get my head around how there can be an internal investigation if Stone is the only employee. Who did the research?

I know a company that might be busy with research. It’s called Ghost Galaxy and they’re the new owner of KeyForge.

This blew my mind.

I didn’t know that the algorithm used to determine the balanced contents of each pack was broken, and I can’t quite get consistent answers as to what “broken” means here.

Does it not work? Or did a tweak corrupt it? Is it the maths or the code?

Whatever it was, it’s serious, as Fantasy Flight have been trying to sell the game on the side ever since.

Ghost Galaxy is a new publisher with investment from Christian T. Petersen. Petersen founded the original and pre-Asmodee Fantasy Flight, so I guess they’re putting money where belief once was.

Ghost Galaxy says they have engineers working on the algorithm.

Good luck to them. I hope for fans and people who have jobs hinging on this that they can work something out.

Before we get onto the outro of bundles and freebies, I want to call out Bob and Bub two plushes from the retro Bubble Bobble game.

Yeah, they’re a thing, but what caught my attention is that Merchoid is confident they’re selling carbon-neutral plushies. Why can’t we get more overt carbon labels on other things? I’d like to keep the planet, so I will favour buying carbon-negative or neutral merch if I can.

In bundles and at the Bundle of Holding, Ulisses Spiele has the sci-fi Fading Suns 4e on offer. That feels really quick and, therefore, a good deal. The Kickstarter for Fading Suns’ fourth edition was just last year.

Meanwhile, on Humble, Titan Comics and the BBC are raising money for Children in Need with a large and five-tier Doctor Who bundle. Lots of new Who but some old-school characters in the comic book collection too.

Lastly, Evil Genius, the company that got much of the D20 Modern team back together to create Everyday Heroes and then landed a host of action movie deals, is giving away a free preview of Escape From New York. Yep, a 5e adventure set before Snake went into the prison city.

And on that note, let’s wrap up there, enjoy your escapes however they may come, and see you next week. 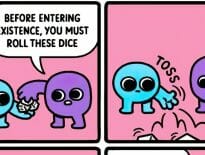 Comics Comic: Is that good? 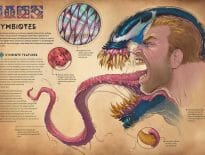