You are here: Home / Games / PC / “MadMen” from Ukraine get their 3-in-1 horror Kickstarter live

A team of game designers, illustrators and writers from Ukraine are on Kickstarter with the aid of the freelancer Robin Meier.

The project is a set of Steam-powered horror games, called EsterVilli, all bundled into one, and money goes to help the war effort. It’ll last for 10 days because, after that, these brave designers don’t know what will happen.

€5000 is needed for this campaign and you can see progress on Kickstarter.

The “Risks and challenges” section from the self-titled “MadMen” does not mention Russian soldiers. I hope this is because the team is safe, and the likely risks are all in delivery.

If funded, there will be living books, a living newspaper, a card game and more.

What prompted us to launch our project on Kickstarter was the situation in our country Ukraine, the war hit everyone, and directly on the budget of our team. The first purpose of the fees: for the development of the game “EsterVilli”, according to our calculations, if we round up the amount, then 3000 euro will be enough for us. The second purpose of the fees is that we simply cannot remain idle looking at the horror that is happening in our country, at the peaceful people who found themselves in the very center of events.

The games combine horror, survival, shooter and mystery, and the objective is to survive. The computer game world will be round, but it will look flat, except you can walk in a straight line and end up where you started.

Then there will be zombies and other horrors.

One living book is of monsters; Dinosaurs and Mythical Creatures. Another is some 249-pages of adventures of Magical Stevie and Pedro. Go with them on a journey through the world.

The live card game MeetWools has more work but aspires to 81 different characters.

In addition to the games, there’s a ton of merch such as wallpapers, newspapers, hats, t-shirts and photos.

The first reward tier is a lowly €5, which gets you into the demo, a credit, wallpaper and backer updates. The whole game and Discord access require a more significant pledge; €15.

There are dozens of pledge tiers after that, the top one hitting €500 and bringing with it multiple steam keys and all the gear.

The estimated delivery is December, but I’d be prepared for delays, and there are no add-ons; the “MadMen” need just to focus on this.

“MadMen” from Ukraine get their 3-in-1 horror Kickstarter live 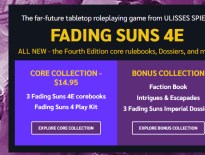 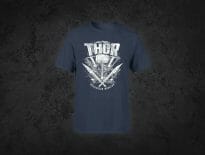