You are here: Home / Geek Stuff / Wish 200 Week: Gaming charity in a cry for help

Gamers will be familiar with Make-A-Wish, a charity that steps in to do something nice for critically ill children. In their words, it’s about bringing some light to the darkness. They’ve worked with and for gamers before.

Make-A-Wish UK has made an urgent call to the gaming community, and Geek Native is happy to help. This article is about the Wish 200 Week.

Last year, Make-A-Wish UK ran “Wish 100 Week”, and Isaac Burnett is one young example of where that valiant effort went. All Isaac wanted a gaming PC; perhaps that’s something many of us are lucky enough to have already. Thanks to Make-A-Wish UK, you, me and other supporters like Rob Small, Make-A-Wish UK Patron and co-founder & President of Miniclip. Dan TDM, GaGOD, Beardageddon, It’s Tegan, InDeeDee, and KT.EXE; Isaac got his PC.

Isaac’s PC gives him a community to connect to whilst undergoing treatment for leukaemia. To see him so happy means the world. He’s been through so much, and the fact that other gamers helped raise this money to grant Isaac’s wish makes it even more special.”

So, there’s no limit on doing good, no cap, no ceiling, not even while the Russians are invading and human rights are rolling back in the United States, not while the pandemic lingers and populism rears its head again. This year, Make-A-Wish UK are aiming twice as high, and in the week 18th to the 22nd of July, they want to raise £400,000 and grant 200 wishes.

Why gaming? Make-A-Wish UK has seen a 400% increase in gaming-related wishes since 2017.

Here’s another story, that of 13-year-old twins Noah and Freddie Hart, who have been granted their wish for Oculus VR headsets.

Gemma, their mum, told us;

The boys were 8 months old when we first noticed something was wrong, as Noah had issues with his breathing. When they were 5 years old, they were finally diagnosed with PVNH, a rare neurological condition which affects their heart, lungs and digestive systems”

Neither of the twins can take part in real-life games of sports.

The power of a wish can light up the darkness for children living with a critical condition, leaving a profound and lasting impact on their lives.”

So, what’s the ask? If you’re a streamer, run a fundraising sesh for the charity.

Gaming brands, many of which will be familiar, are supporting the campaign. Thank you, Miniclip, Hutch, MTG, Sports Interactive, Huuuge Games, Venatus, Fusebox Games and Aream & Co, and anyone else who steps up.

Wish 200 Week: Gaming charity in a cry for help 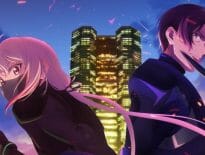 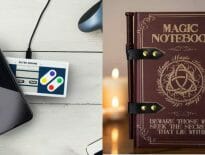