You are here: Home / TV / Anime / Rent-A-Girlfriend season 2 gets a full trailer

Rent-A-Girlfriend is, I think, a surprisingly good anime. A lonely guy, recently dumped, hires a good-looking girl through a professional service to be a date. Why? So he doesn’t turn up alone.

The clever part is how things escalate from there. It works because the characters feel real, despite the potential new girlfriends growing in number at an impressive rate. If I was to be cynical, yeah, I suppose there is an element of ‘to attract a woman, you must first be associated with a desirable woman’. But only a little.

The new season opens in Japan on July 2nd, and Crunchyroll will stream it as it airs. The cast returns, as does the TMS Entertainment crew with Kazuomi Koga directing and Mitsutaka Hirota on the script.

Rent-A-Girlfriend season 2 gets a full trailer 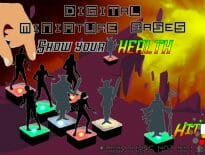