Ready for your next dose of Marvel? I’m buzzed for Thor: Love and Thunder, and I suspect its post-credit scenes or mid-credit scenes will give us a better idea of what the shape of the Marvel universe plot arc will be with new Avengers and no Thanos.

I’ve been sent some data by eBuyer (data, yes, but not this keyboard – just saying) which confuses me. The retailer used 12 months of Linkfluence, social “listening” software, data to mine through 85, 432 public conversations about 20 Marvel movies and their post-credit scenes. They then used that software’s abilities to determine positive or negative sentiment to rank the movies.

Yeah, so Morbius. Here’s what eBuyer had to say about that!

Morbius, released in 2022, received a lot of negative feedback from critics, however, the ending appears to be successfully keeping viewers hyped for the next Marvel adventure, leading to the movie’s post-credits being the most loved amongst fans. The ending shows The Vulture appearing, a villain who first starred in Spider-Man: Homecoming – a side effect of the Multiverse cracking!

As for Spider-man’s Far from Home coming last, well, I think we all have theories or at least know why that divided people. Ebuyer writes;

Spider-Man: Far from Home is receiving the most negative feedback online for its ending. Fans are used to jaw-dropping post-credits teasers, so the movie’s post-credits leave viewers divided, resulting in Spider-Man swinging his way onto the last spot in the ranking. In the scene viewers see Jameson, once again, declaring that Peter Parker is the reason for all the chaos and casualties. Shortly after we find out that Fury and Hill were in fact shapeshifters, leaving viewers guessing what relevance this piece of information has to other movies to come.

It’s true (and perhaps as a prank) that Morbius was put back into the theatres in the States. I doubt you’ll find any tickets but Fandango still has the page up.

Meanwhile, I’m just pleased Morbius won a thing. Was it really that bad? Asking as someone who’s seen but barely remembers it. Also, technically, is Morbius a true Marvel movie? 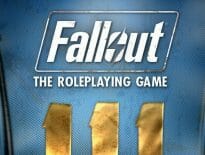 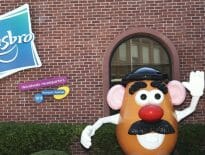