You are here: Home / Games / Tabletop & RPGs / Interdimensional horror: The Shear RPG invites you to jump into hell and steal stuff

Sheffield-based V.W. Khambatta has funded SHEAR on Kickstarter. It’s attempt two, and the campaign total was dropped to £500, a fraction of was the original managed to raise.

The RPG is inspired by the likes of SLA, KULT and Delta Green but mentions D&D’s Ravenloft in case you need a dark fantasy reference. In the game, characters are elites who are sent through portals into different hells on raids. It sounds a bit like a grimdark Stargate! You can find out more or back from the pitch page.

SHEAR does not use dice, using cards instead. A standard pack of playing cards with a Joker is used, and players draw depending on their character’s attributes. Cards over a specific value are a success, below are failures.

However, the Joker and Ace of Spades are different. The Ace of Spades represents death and destruction; fine if it happens to an enemy, not great if it’s your character’s fate. The Joker is chaos.

The rulebook contains the background in the setting and the SHEAR Program, the in-world project from the Haldane Technologies company, from which the RPG gets its title. There are chargen rules, combat, damage, equipment, psionics, exoskeleton rules and an in-character guide to the Three Hells.

There’s no PDF tier. You can support SHEAR with cash and shares, but you need to step up to £30 to be rewarded with the A4 hardcover.

A signed copy of the black and white book is available at £35, just a bit higher.

The highest tier, £55, gets you mentioned in the book’s text, not just a credit but the canon.

The project’s delivery, restricted to certain countries only, is estimated for January 2023.

Interdimensional horror: The Shear RPG invites you to jump into hell and steal stuff 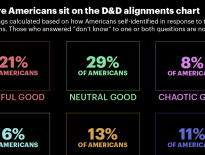 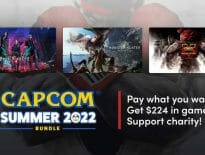