You are here: Home / Games / Tabletop & RPGs / P!LLS FVLL of GODS is a CY_Borg zine co-created by an AI and on Kickstarter

Pawel Kicman used Midjourney a neutral algorithm, and text processing with scrambles and generators to help make the art for P!LLS FVLL of GODS. The goal? Cohesive but AI art for the third-party CY_Borg zine.

The MORK BORG sci-fi RPG has received plenty of attention from the Kickstarter community. We’ll have to see if this project does, as it just launched, and you can check it out from the pitch page.

If funded the zine will be published with 32 pages of new weapons, enemies, NPCs, maps, vendors, weirdos and, well, gods…

The digital-only campaign will use AI-influenced tools and techniques to work with some backers. It also uses the hard-to-read font to make the Kickstarter story look atmospheric.

Also, this is very much a test run for AI generated TTRPG, so P!LLS might morph and eventually finds its way onto the paper.

A pledge of €7 will get you a digital copy of the zine, although you can support the project for any amount or just by telling friends about it.

A limited tier exists at €20 works for you and the AI system to make an NPC.

Lastly, with no backers yet, there’s a €50 tier to take your prayer (explained in more detail on the story – your random seed) to create the adventure.

The estimated delivery is July, except for the adventure tier, which is August 2020, and I’m not sure why they’re different.

P!LLS FVLL of GODS is a CY_Borg zine co-created by an AI and on Kickstarter 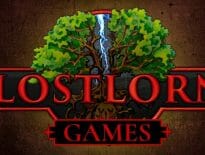