You are here: Home / Books / RPG resource site The Fateful Force publishes the fantasy novel The Tome of Syyx

Last year, The Fateful Force was an RPG resource site with maps to download and a token generator.

This year, Stavros Saristavros, the operator, is also a published author and The Tome of Syxx is out.

RPG resources haven’t been forgotten. The Fateful Force site now has over 40 battle maps and 20 pieces of fantasy art to download. The token generator has 29 different border designs.

The Fateful Force is also the name of the series. The Prologue and Chapters 1 to 3 are free previews on Amazon.

The following, used with permission, is an extract from Chapter 1.

Zom and Osho stood at the treeline, facing each other across the fallen body of an orc. A headless orc, she noted.
The human held a sputtering torch down toward the body. Zom turned a broken shoulder guard with the haft of his glaive, examining it.
Akke noticed a red circle painted on the guard.

“Is that a symbol?” she asked.

“Maybe,” Zom replied, “but I’m more worried about the fact that this brute didn’t bleed.”

“It is a foul sign,” Osho said, touching the holy pendant of his god, Thanatos, around his neck. “Any creature that doesn’t bleed is unnatural.”

Zom leant thoughtfully against his glaive, peering down at the body. “I’ve heard of some orc tribes who adhere to the cult of Eurynomos.”

“I know well of Eurynomos’ evil,” Osho said with a concerned frown.

“The demon god of disease,” Akke muttered. “On the coast they call him the Pestilent Wave.”

“Some of these orcs,” Zom continued, “even undertake cursed rituals to make themselves more like their god.
They become immune to pain, their flesh dries up, and”—he kicked the body between them—”their blood thickens to the point where it hardly flows outside their body.”

“They seek to mimic their plague master …” Osho spat in disgust.

“Akke, have you ever seen this?” Zom asked. “I’ve only heard stories of the cult of Eurynomos, but it sounds a lot like what we see here.”

Akke knew more stories than she cared to admit, and she quickly considered what she was willing to share with these men. Each seemed honourable in his own way, but that alone made her hesitate.
“Nothing like this ever made it to Fairhaven,” she said finally,
“but of course I’ve heard stories. I can’t believe a creature could subject itself to this.”

“I concede to your collective wisdom, as we don’t have orcs in my homelands,” Ailuros said.
“But I know of the wretched disease of cult worship. I saw madness amongst the ophidians and their obsessive worship of the dark god Seth, The Slave Driver.”

“Plague orcs live for little more than glory through battle and pain,” Zom said.
“This doesn’t surprise me.”

“Perhaps,” Osho said after a long moment. “But such a cult is never just one creature—if this orc could defile itself to such an extent, there must be others.”

Akke saw Zom and Ailuros both nod, and she was unable to suppress a shiver.
The night had just become that much colder.

Thank you once again Geek Native for a wonderful article showcasing our website! 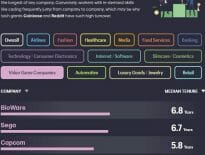 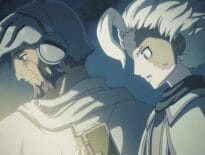