CMON’s Zombicide is a popular board game which can be played solo or with up to six players. A starter-level game lasts 20 or so minutes, but on the expert mode, it can take hours.

The tabletop hit is easily found on sites like Amazon, where it lingers in the best sellers. Needlessly to say, CMON wisely made a roleplaying game for it.

The Zombicide: Chronicles core rule book is now out on DriveThruRPG as a PDF which costs $19.99.

Zombicide: Chronicles is a stand-alone roleplaying game set in the famous setting of the Zombicide board games. Take a deep dive into this rich universe, create your own Survivor from scratch (or use a ready-to-play one!), and prepare yourself for the end of the world.

But this isn’t your everyday nightmare about the Zombie apocalypse. In Zombicide: Chronicles, you show the undead that the living are still trying to fight back, and you got plenty of guns and willpower to prove it!

This book gives you the main rules and Mission types to live your own Zombicide adventure. With quick and easy mechanics, and gameplay that that can be enhanced by the use of the Zombicide board game miniatures and components, you and your friends will soon be facing entire Zombie Hordes, meeting interesting characters, and exploring a huge metropolis with 10 different areas and unlimited opportunities to keep hope alive and the dead truly dead this time.

This booklet is a Quickstart for the Zombicide: Chronicles roleplaying game. These are not the complete rules, but instead a primer that allows you and your friends to jump directly into the action of the post-apocalyptic world where the dead rule the streets and humans fight every day for survival!

That’s not all. There is already supporting material for the RPG as CMON also published the PDF versions of the Field Guide (101 ways to kill a zombie) and the Missions Compendium which adds 10 complete adventures to the series.

Francesco Nepitello and Marco Maggi’s credits include The One Ring RPG and the famous Italian RPG Lex Arcana. 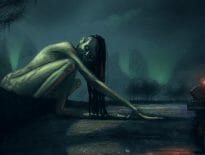