You are here: Home / TV / Anime / Is It Wrong to Try to Pick Up Girls in a Dungeon? for a new arc

Is It Wrong to Try to Pick Up Girls in a Dungeon? is an anime, so far, with very little to do with dungeon dating or picking up girls.

If anything, the girl in the dungeon is a goddess from beyond imagination, and she picked up the boy. It’s been a successful twist, and anime fans know as DanMachi is getting a fourth season. Here’s the trailer, which recaps the first three and teases four.

Season four issues in a new arc and is due July 22nd.

Yoshitsugu Matsuoka, maybe now more famous as Inosuke in Demon Slayer: Kimetsu no Yaiba, plays the hero Bell. The voice talent doesn’t stop there as Inori Minase, widely popular as Rem in Re:ZERO -Starting Life in Another World-, is the goddess Hestia.

Need more wow factor? Looking at the adventuring group, we have Maaya Uchida, aka Norman from The Promised Neverland, as Liliruca and Yoshimasa Hosoya, Reiner in Attack on Titan, as the blacksmith warrior Welf.

The show is on Crunchyroll which will almost certainly get the fourth season, and they describe it;

Is It Wrong to Try and Pick Up Girls in a Dungeon? is set in the world of Orario, where adventurers band together and look for treasures in an underground labyrinth known as Dungeon. However, for Bell Cranel, fame and riches are secondary to what he wants to find the most: girls. He soon finds out though, that anything can happen in Dungeon, and winds up being the damsel in distress instead!

Is It Wrong to Try to Pick Up Girls in a Dungeon? for a new arc 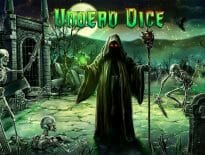 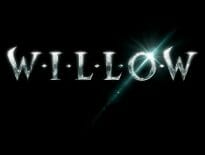