The successfully funded Kickstarter is from FASA and for Earthdawn 4e. The supplement is called the Grand Bazaar and focuses on the crown jewel of Throal’s booming economy. You can find out more from the pitch page.

I guess it’s fitting for a bazaar, but there’s a whole host of goodies available from Kickstarter. It’s not just the plush dragon and Earthdawn supplement but coins, minis and stretch goals.

Earthdawn is in its 4th edition, and, well, I don’t know if I’m overthinking, but I note that FASA takes the time to reflect on seven years of Earthdawn publications and describes the fantasy RPG as “currently in its fourth edition”.

Are they thinking about the future of the game?

Indeed, the Grand Bazaar is the next official release, and it’s nearly ready.

The Grand Bazaar: Throal’s Crown Jewel is a 256-page sourcebook exploring the largest marketplace in Barsaive. Each chapter explores one of the bazaar’s districts in detail, including prominent vendors, sights to see, the particular culture, rumors, and adventure hooks.

You can support the campaign in several ways, such as social media shares, nagging your friends over a glass of whisky and promising some money to FASA.

If you pledge $20 or more, then you’ll be thanked with a PDF copy of The Grand Bazaar: Throal’s Crown Jewel and get access to any digital stretch goals unlocked.

At $25, instead of the game stuff, you can get a dragon. To be specific, the Mountainshadow dragon plush. Alternatively, at $25, you can get four minis from the Namegiver set.

Print buyers must pledge $35 to get the book and tackle shipping costs.

After that, there are two tiers left open. One of those two is the $75 option to get the 8″ pewter and resin mini of the Earthdawn horror Verjigorm.

$160 will get you pretty much everything, and that’s about £129 in British money today.

FASA estimate October 2022 for the merch but May 2023 for the game deliverables. 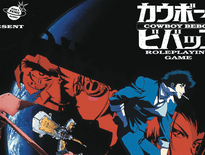 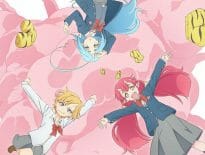