Arora: Age of Desolation has landed on Kickstarter and racing towards the quarter of a million goal in its opening days.

With a “Project we Love” badge, the 5e setting is of five broken realms, dangerous dragons and a desperate battle for survival. You can join the thousands of backers from the pitch page.

As you’d expect from that video pitch, Arora doubles down on survival and exploration, with the rulebook adding its own 5e rules for both.

Geek Native also has a generous Arora art gallery with plenty of illustrations of monsters and those five realms to preview.

Arora’s Age of Desolation is a harsh one, where the peoples of the Five Realms struggle daily in an effort to survive the effects of Shardscale-maddened dragons; their unchecked and amplified regional effects and regular dragon attacks. Not only do the folk of Arora contend with the devastation of the dragons, but they also struggle against others attempting to endure the Age of Desolation with the limited resources available.

During the Age of Desolation, the Five Realms of Arora were torn asunder with volcanic eruptions, tundras blasted with magical ice, lightning-fused desertscapes, acid-torn swampy wastelands, and horror-filled twisted and dank overgrown forests, but each is thematically different.

There’s more than just 5e material in the Kickstarter, though. Ghostfire, the Australian based RPG studio, includes minis and other goodies.

A pledge of US$25 is enough to unlock the core rules of Arora: Age of Desolation in PDF as a reward for backing.

If you can step up to $55, which is about £45, you’ll get the hardcover added along with the Player Journal but do have shipping to contend with.

Backers at the $85 level also get the Five Realms fabric map and several card decks to facilitate the rules.

That Torishivar Gargantuan Scale Dragon Mini comes at $110, with the core rules in PDF.

After that, the tiers layer up until we hit $500, and there’s a host of minis, dice, GM screens and other accessories. More than a hundred backers have found the cash for that. 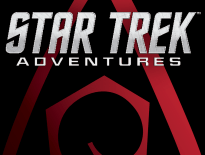 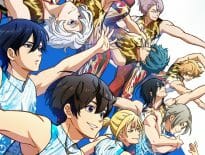