The football anime Blue Lock will air in October on Japanese TV. It’s a whole football team, so it’s a big cast, but headliners include;

That trailer does eventually touch on football. The IMDB summary is more explicit, saying;

Japan keeps loosing the World Cup, over and over. After Isagi Yoichi, a forward for a high school team, gets eliminated in the last game in the qualifier for nationals, gets invited to a program called “Blue Lock” Their coach will be Ego Jinpachi, who intends to “destroy Japanese loser football” by introducing a radical new training regimen: isolate 300 young forwards in a prison-like institution called “Blue Lock” and put them through rigorous training aimed at creating “the world’s greatest egotist striker.”

The manga has been going since 2018 and has won awards and created a spin-off. Why are they wearing chains on the poster? Um, I will go with symbolic of locked away and held back talent. 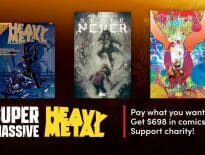 Comics Massive (except without mass) hello again to the S… 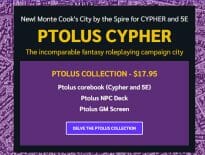