You are here: Home / Games / Tabletop & RPGs / Free to Download: Solo rules for The Scourge of the Scorn Lords

The Scourge of the Scorn Lords is a 100-paged OSR game by Ahimsa Kerp and Wind Lothamer. The game is set in a wasteland of monsters, cannibals and the Scorn Lords.

An ancient brood of sorcerer-demigods that rule the Scorn Lands with an iron fist. Some will try to kill you, but it’s the ones who want to hire you that you need to truly worry about. Scourge of the Scorn Lords was written for faction play, allowing you to join them and lead their forces, battle them with plucky rebels, or in true Kurosawan fashion, play them off one another.

Out this week are the 32-page Solo Rules, which have been written by Kerp, Lothamer and Alex T. It’s free.

There will be times when, for one reason or another, you lack a full group in order to experience what The Scourge of the Scorn Lords has to offer; or maybe you are just one or two friends and nobody wants to take the role of Referee. Even more, maybe you are a Referee who wants to experience the setting, familiarizing yourself with the world and its characters, before introducing it to your players.

Whatever the reason is, you will need rules to emulate the type of decisions a Referee would generally make for you as a player, and tools to learn how the world reacts to your own decisions and actions, as well as to handle all NPCs, monsters, and any other events. In the following pages, we will describe said rules and tools in a simple and direct way, to get you exploring the Scorn Lands as soon as possible.

But how does one play a Role-Playing Game, the quintessential social experience, alone?The key is seeing it as an improvised writing exercise, guided by the game mechanics you’re using (in this case, Old School Essentials, combined withThe Scourge of the Scorn Lords). It’s like reading a book and writing it at the same time; you have a cast of characters, a story frame or setting, but you don’t know where the story is going to go; the key lies in the so-called oracle tables and tools.Thanks to these basic tables, you’ll be able to surprise yourself with the twists and turns of a story you are writing on the fly. It is a storytelling experience that you tell to yourself.

It helps if you keep a record of what is going on as it happens; this can be as detailed or basic as you want it to be. Some players like keeping track of every roll and mechanical detail, while others just write down the general, main events that took place during a session. You will eventually find what works best for you, but the important thing is to not let the note-keeping get in the way of playing and the story itself. If you must pause each two minutes to write down everything that is going on, you’ll get tired fast. Find your note-keeping/playing balance!

Free to Download: Solo rules for The Scourge of the Scorn Lords 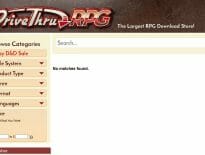 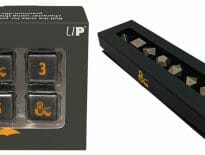