You are here: Home / TV / Anime / The world below: Made in Abyss second season trailer

Sentai Filmworks anime based on Akihito Tsukushi’s Made in Abyss is setting a second series, and a slight rejig of the crew. Yuka Kuroda joins as another character developer, and Teru Sekiguchi has a second art director.

I wonder how many of these positions might lead to conflict, but I also wonder whether I like the art. I’m torn between the cutesy feel and the surreal yet detailed fantasy. See what I mean with the trailer for the new series.

Made in Abyss picked up Best Score and Anime of the Year at the Crunchyroll Anime Awards in 2018, with nominations for Best Hero, Villain and Drama. It also was nominated for Best New TV Series by IGN and Best Animated Program by the International Online Cinema Awards. So, who am I to ponder over the art style?

The storyline synopsis at IMDB says;

The enormous cave system, known as the Abyss, is the only unexplored place in the world. Nobody knows how deep down goes this titanic pit, inhabited by strange and wondrous creatures and full of mysterious ancient relics which purpose in unknown to modern man. Generations of bold adventurers have been drawn by the cryptic depths of the Abyss. In course of time those bold enough to explore the dangerous pit came to be known as “Cave Raiders.” In Orth, the town at the edge of the Abyss, there lives a little orphan named Riko, who dreams of becoming as great a cave raider as her mother was and solving the great mystery of the pit. One day exploring the murky depths she stumbles upon a little boy named Reg, who turns out to be a robot.

It’s a hard anime to catch but is there on Amazon Video for a few geographies.

The world below: Made in Abyss second season trailer 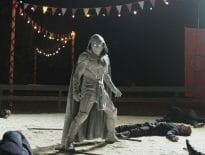 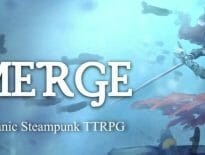