You are here: Home / Games / Tabletop & RPGs / The Deck of Many Quests knows the shadowy nightmare of [blank] awaits!

Lunch Break Heroes had a proper success with The Deck of Many Quests. Geek Native had an exclusive look.

The publisher is back and with a Gothic Horror flavoured expansion. News of second projects often comes more easily on the back of a successful first one, and this campaign has raced to success. You can join the hundreds of backers, if you [blank].

Straightforward yet powerful, The Deck of Many Quests is a fill-in-the-blank system that uses many cards. The quantity matters here as it keeps the deck fresh and the situations and scenes randomly generated from repeating often.

In this case, the situations and items that bring them to life are all dark in nature, spooky and yet suitable for most fantasy RPGs.

The digital deck is of great value and rewarded to backers who support the campaign for only $5.

The physical expansion isn’t much more, either, and if you can back the campaign for $16 (about £13), that’ll come your way.

However, if you don’t have the original deck, you’re looking at $30 for both in digital, although the Horror Adventure PDF Pack is also included.

The physical decks, complete with digital, are reserved for those generous backers who can reach $55.

There are other tiers, and Lunch Break Heroes estimate the campaign will be delivered in November this year.

The Deck of Many Quests knows the shadowy nightmare of [blank] awaits! 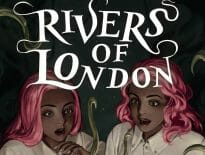 Comics Rivers of London: Deadly Ever After preview 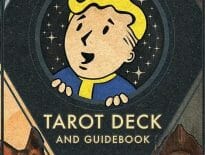