You are here: Home / Games / Tabletop & RPGs / Hasbro to hike prices as it takes $100 million Russian hit, will connect D&D 50 to D&D Beyond and suffers long Covid-19 delays

Hasbro’s earnings are in and you can read the full transcript on Motley Fool.

Thankfully, others looked into the details for us. Here’s the summary;

To improve product in stocks this holiday season versus last, we’re advancing deliveries of key items so that we can ensure they’re on hand,”

However, Hasbro has lifted its growth forecast, and net revenue is up 4% to $1.16bn. D&D is a big part of this growth, but Spider-man toys have been a boon too.

Wizards of the Coast and Digital Gaming saw revenues up by 9%. The tabletop game Kamigawa has been a success.

The D&D Beyond purchase was noted, too, and with familiar language;

This reflects continued growth in last year’s MAGIC and Dungeons & Dragons digital gaming launches. We do not have similar launches this year and will have more difficult comparisons for the remainder of 2022. As Chris mentioned, last week, we announced the acquisition of D&D Beyond from Fandom. This investment provides a platform for growing the Dungeons & Dragons digital business over time, coming in advance of the brand’s deeper activation, including a March 2023 feature film and significant consumer product plans.

And then we’ll add on top of that the 50th anniversary of Dungeons & Dragons in 2024, where that entertainment, consumer products, and gaming momentum will continue. So, we see a lot of growth vectors and a lot of lifts for D&D with the D&D Beyond platform being central to that.

As tabletop blogs, such as Geek Native predicted, D&D Beyond looks to be connected to D&D 50th plans. That’s about a year away. Chris Cocks is less excited about the coming months, but the end of 2022 looks interesting.

Q3, we also expect to be a significant quarter. But, you know, just based on comping year over year and, you know, the types of formats that we have releasing, it likely will be flat to down. And then Q4, we expect another growth quarter for the business as well. Again, just based on the nature of the formats and type of releases that we have.

The market seems pleased, and shares rose this morning in the money markets.

Hasbro to hike prices as it takes $100 million Russian hit, will connect D&D 50 to D&D Beyond and suffers long Covid-19 delays 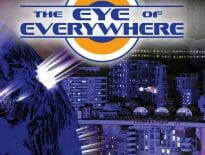 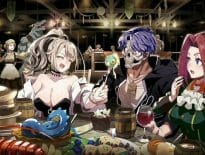