Science and fiction. These two concepts might seem like opposites, and yet, when combined in science fiction, we get the best of both. Science gives us technological marvels, theories of the unknown, and the capabilities to explore the furthest reaches of our curiosity. Meanwhile, fiction allows us to go beyond our current limitations, break the rules of reality, and indulge our imagination.

No wonder so many of us love sci-fi stories. However, as a GM running a sci-fi RPG campaign, how do you find the perfect balance between “sci” and “fi”? It’s one of the questions that we always ask ourselves when creating sci-fi RPG resources at Roll & Play Press. So, we’re really grateful to Geek Native for letting us share our top tips for finding the perfect balance between science and fiction in your next sci-fi campaign.

Be inspired by your favourite worlds

Sci-fi is a vast and varied genre. That’s why looking at how your favourite sci-fi worlds combine science and fiction can be a great way of identifying what the ideal balance is for you and your games.

If you are a seasoned GM, you probably already have one or two favoured systems, be it Starfinder and its mix of technology and magic, or Tales From the Loop and its focus on mystery over mysticism. If you’re new to sci-fi RPGs, think about other forms of storytelling you enjoy. Whether you prefer Dune or The Hitchhiker’s Guide to the Galaxy, Arrival or Pacific Rim, The Mandalorian or The Expanse, your favourite books, films and TV shows can tell you a lot about how much you want to play a game that leans into the science of our current world, or allows you to explore the rules of a new reality.

Sometimes, you get a spark of inspiration that can lead to your next sci-fi RPG adventure. Great! But then you start to second guess yourself: “Could my crew really land on a comet?”

In these situations, Google is your friend. A quick search tells us the answer is yes, but with difficulty! This short answer also suggests some cool parameters that you could apply to your game. First, your party must find a vessel capable of high speeds, then they could roll to try and harpoon the comet and reel themselves in, then roll again to see how far they bounce from their intended landing spot.

For our latest Kickstarter campaign, we have created a Planet Briefing Document for an original planet called Lelantos. We started with the concept: “An alien planet was abandoned by its population centuries ago. The ruins of its cities are now overrun by vibrant flora and fauna.” Next, real-world research (and the help of an actual astrophysicist!) helped us bring scientific accuracy to the fictional details, such as purple vegetation and a planet-wide tropical climate.

Conversely, when you’re struggling for inspiration for descriptions of alien life or futuristic technology, there’s no better place to start than reality! Recent scientific discoveries and predictions of the future can provide fascinating prompts for world building. Can you apply the electrophoretic technology of colour-changing cars to your spaceship? Or are your party stranded on a planet where the agriculture relies on nanoclay?

For example, a NASA article about growing plants in space provided the inspiration for the description of a science lab with magenta lights, during development for Roll & Play: The Sci-Fi Character Kit.

Don’t get bogged down in the detail

Famously, Han Solo claimed the Millennium Falcon was fast enough to make the Kessel Run in less than 12 parsecs. Infamously, that’s not really how parsecs work. But does that stop millions of people enjoying Star Wars: A New Hope? No. Running an RPG session for your friends should be enjoyable, not an exam. So don’t feel like you have failed if you get the odd thing scientifically “wrong”. You can choose to let it slide or use it as an opportunity for a creative retcon!

Of course, all RPG systems put a differing emphasis on the accuracy of things like speed, encumbrance, and expenditure. Find a game that you like and stick to the rules where appropriate. Just don’t get so deep in the detail that you’re no longer progressing the adventure!

A player rolls low on a skill check to scan a nearby planet from their ship … what do you say?

Option B: “You get an error message. The flux spectrometers are offline for re-alignment, and the back-up graviton polarimeters don’t have sufficient range to complete the scan.”

Scientific terminology (or techno babble) can be a fantastic way to immerse you and your players in the game. But it can be really hard to improvise, especially if you’re not actually a rocket scientist.

That’s where random tables come to the rescue! So, next time your crew enter a repair station, all you have to do is roll a die to discover that the mechanic NPC is in the middle of “unblocking the microparticle ion accelerator in the starboard switchback ventricle”. Many campaign settings and sourcebooks come with a selection of random tables, but we created Roll & Play: The Game Master’s Sci-Fi Toolkit to provide hundreds all in one place! Each one is inspired by a mix of science and fiction, and is designed to help GMs with world building and immersive storytelling.

Most RPGs exist in a universe that is somewhat, if not completely, removed from our own. So, just because something is possible or impossible in our world, doesn’t mean the same is true in your game. Even when playing in an established world or RPG system, GMs still have a lot of power to adapt things as they see fit. Some enjoy the challenge of playing a game or creating a universe governed by a strict set of guidelines, whereas others are happy to bend the rules in the name of telling a good story. Both approaches are fine – it’s your world!

We hope these tips help you think more about how you approach science vs fiction in your own sci-fi RPG games. If you’re interested in finding out more about Roll & Play Press and our resources for GMs and RPG players, check out our latest Kickstarter campaign. (Running until Thursday 31st March, 6:30pm BST.) The project features the two books featured in this article, The Game Master’s Sci-Fi Toolkit and The Sci-Fi Character Kit, plus tons more awesome system-neutral content to create epic adventures in any sci-fi setting. 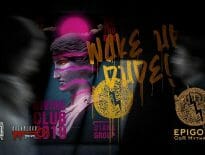 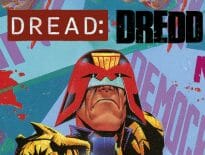