The tabletop games industry is busy raising money to try and help in Ukraine.

The Itch bundle raised over $6,000,000, the Humble deal is pushing towards $10,000,000 and OneBookSelf has deals on DriveThruRPG and DMsGuild. Individuals have got involved similarly such as the McNabb Games organised bundle that has Broken Shield and Morgalad in it or EN Publishing’s Blessings bundle.

Now Martin Loyd and the Amazing Tales team are helping, too, in an additional way. There’s now a Ukrainian language version of Amazing Tales, the RPG for kids, that’s free. It uses a single d6, not the complete set of gamer dice, which is the only change to the game.

A free game doesn’t raise money, but if you’ve got young kids to look after, distract, and entertain while you shelter from Russian bombs, then a free imagination game will have value and impact. An immediate effect, too, and one delivered straight into the mobile phone of a parent or guardian on the ground.

I spoke to Martin about this in a brief interview.

What’s the goal of the Ukrainian version of Amazing Tales?

During lockdown a lot of people told me that Amazing Tales had helped them keep their kids entertained and engaged when they couldn’t go out. I called it ‘going on an adventure without leaving home’. I’m guessing that in the Ukraine there are families stuck inside, afraid to go out, or dealing with the stress of having relocated who might be able to get something out of Amazing Tales in the same way. And of course there are millions who have ended up in new countries – lots of them young families, and they’ve only got what they could carry.

So the idea of something that’s free, that requires almost nothing to play and that can keep adults and kids entertained for day after day makes a lot of sense to me. I just felt I should try and make it happen.

How quickly is this translation happening compared to other translations of Amazing Tales?

It’s a different process because I’m doing it myself. The other translations (Polish, Italian, Brazilian Portuguese and soon, Spanish) have all been done by other publishers because I want to work with companies that will promote the game once it’s done. So those have all taken a bit longer because there’s more layout work, and printing to arrange and so on.

This version is free, and digital only, I’m deliberately keeping things as simple as possible to get it done quickly.

Readers might know you’re based in the Netherlands. What’s the mood there? How are people responding to a land war in Europe?

Everyone is shocked, and horrified, but there’s a lot of support for Ukraine. Little kids are chalking messages of support in the street, and there’s fundraisers and collections going on all over the place. The old folk here still remember being occupied in WWII which I think puts a bit of a different spin on things to how the UK thinks about it. That and the fact that I could get in my car and drive there, according to Google Maps it’d take me 22 hours to get to Kiev.

Are there any other charities or actions you recommend people take a look at?

There’s so much going on I’m not sure I’m the right person to make recommendations. Checking with your Ukrainian embassy is probably a good plan. I will say that Medicin Sans Frontiers (Doctors Without Borders) is an amazing organisation with some incredibly brave people. Anyone who buys the Amazing Tales charity compilation (essentially what we’re releasing in Ukrainian) is supporting MSF.

I’m also a huge fan of what the OSINT community has been doing, Bellingcat – AKA the People’s Intelligence Agency – has been doing great work to document instances of war crimes. 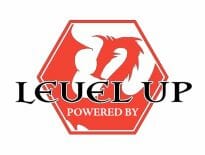