I described the first trailer of the anime feature-length for Inu-Oh as music and melee. The second seems to show music and madness. Or music and drugs, or mystical vision.

This is a musical based on Hideo Furukawa’s Heike Monogatari: INU-OH no Maki (Tales of the Heike: Inu-Oh); I’ve got the easy part of calling the genre right.

The trailer here also confirms May 28th as the Japanese release date. It already had a world premiere last year when it aired at the 78th Venice International Film Festival. Oh yes, if you thought this looked arty and clever, then you’re spot on.

In fact, Inu-oh was the first 2D Japanese feature-length to compete in the Festival’s Horizons category. It also won a prize at the 23rd Bucheon International Animation Festival and aired at the Tokyo International Film Festival.

GKIDS have the license and describe it;

Inu-Oh is born with unique physical characteristics, and the horrified adults cover every inch of his body with garments, including a mask on his face. One day, he meets a boy named Tomona, a blind biwa player, and as Tomona plays a delicate song of tangled fate, Inu-Oh discovers an incredible ability to dance.

Inu-Oh and Tomona become business partners and inseparable friends, using their creative gifts to survive on the margins of society, as song after song gain them notoriety and propel them to stardom. Through the songs, Inu-Oh mesmerizes his audiences on stage, and gradually begins to transform into someone of unequaled beauty. But why is Tomona blind? Why was Inu-Oh born with unique characteristics? It is a story about the friendship of Inu-Oh and Tomona, who dance and sing to get to the truth and break each other’s curse.

Yuasa of the harrowing Japan Sinks: 2000 and the harrowing Devilman Crybaby will be directing Inu-oh. I’m prepared to be harrowed. 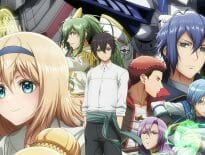 Anime Unfortunate! Trapped in a Dating Sim – The World… 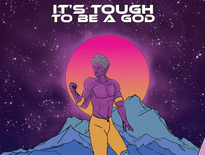