You are here: Home / TV / Anime / Cute, creepy or intense: In the Heart of Kunoichi Tsubaki’s second trailer

In the Heart of Kunoichi Tsubaki is about the young ninja of the dog team. Based on the manga by Soichiro Yamamoto, we follow the adventures of Tsubaki, who is the best student ninja from a tribe prohibited from meeting men.

This trailer is either intense, creepy or cute and might be all three. It’s not subbed, so the mysterious Japanese offers me no helpful context.

This video introduces the opening theme by The Peggies, which is called “Highlight – Highlight”, and introduces new dog team members and their staff members.

Tsubaki is voiced by Yuko Natsuyoshi, who is Emera in She Professed Herself Pupil of the Wise Man and Sasha Necron in Misfit of Demon King Academy.

The anime premieres in Japan on the 9th of April, but we don’t yet know whether any streaming platforms will pick it up.

Cute, creepy or intense: In the Heart of Kunoichi Tsubaki’s second trailer 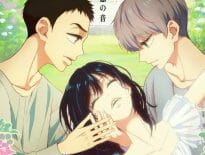 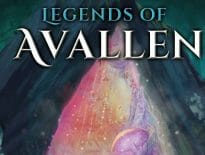