Regular readers will know I like to haunt Merchoid for geeky shopping. I’m completely caught up (and likely fooled) by the retailer’s “Popularity Meter” that’s like a health bar of stock.

D&D’s latest two official dragon models are both flashing red on that health bar, suggesting at least that Merchoid are shifting plenty. Or, at least, a large percentage of whatever stock they had in the first place.

The lower cost and my favourite of the two is the Elder Brain, and it’s my favourite because it’s a much rare dragon concept.

The Elder Brain is on pre-order, but it’s still possible to sell out. Merchoid will have bought some and might buy more later but may decide not to.

20cm long, by 20cm and 15cm tall, this official merch is described;

One of the few consolations available to those who must contend with a mind flayer colony is the limit of its reach, which spreads only as far as the influence of the colony’s elder brain. But this small solace withers away when a colony manages to capture a dragon. Teams of mind flayers bind the dragon, which is subject to a gruesome transformation as the elder brain latches onto the dragon’s back and digs its tentacles into the dragon’s brain. An elder brain dragon is the nightmarish result.

[I’ll have this one]

At a glance, it’s clear why this dragon costs more gold coins; there’s more to it!

In comparison, the official D&D supplement Fizban’s Treasury of Dragons itself has a recommended retail price of around £40, which is about a third of the Dracohydra cost, although you’ll probably find the hardback for less than £30 these days.

The Dracohydra is the result of arcane experimentation dedicated to recreating Tiamat’s power. Amalgamating the magic of chromatic dragons with the blood of a hydra resulted in a many-headed draconic monster with wings and multiple snakelike tails. The dracohydra’s breath weapon is a multicolored mass of energy that contains the essence of a chromatic dragon’s elemental power. 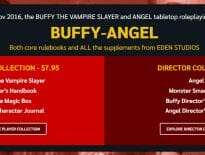 Tabletop & RPGs Buffy and Angel both had official tabletop RPGs: B… 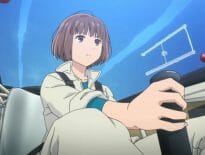