There’s a horrible assault on trans youngsters in Texas after the state’s governor and attorney general called gender-affirming care child abuse. An official statement from the White House condemned the attack.

That’s why hundreds of RPG creators at Itch.io have teamed up for the TTRPGs for Trans Rights in Texas! bundle. It’ll run for a month.

The current goal is $5,000, which has been met. It’s easy to see why. Identity is worth fighting for, but the bundle costs only $5 and offers more than $2,500 worth of indie RPG content.

Games in the bundle include the Powered by the Apocalypse Pigsmoke, Greg Stolze’s Million Dollar Soulmate, John Harper’s AGON and Thirsty Sword Lesbians by Evil Hat.

But are the games fun?

RPG creators launch a Trans Rights in Texas bundle: $5 for over $2,500 of content! 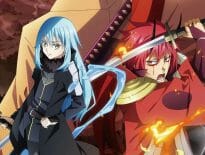 Anime That Time I Got Reincarnated as a Slime: Scarlet B… 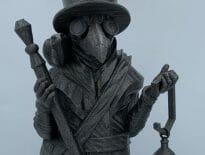