You are here: Home / Books / Enjoy a bookshop crawl for Independent Bookshop Week

Here in the UK, it’s World Book Day, an event which falls on the first Thursday of March and is designed to promote reading to youngsters.

World Book Day is designated by UNESCO as a worldwide celebration, marked by over 100 countries, and it has snuck up on me. I’ve nothing planned except for some reading!

Fortunately, I’ll have another chance as Independent Bookshop Week is within planning distance. That’s the 18th to the 25th of June in the UK and Ireland.

More than 700 indies have already signed up. There will be a poem written by Hollie McNish in celebration. That’s due out on the 22nd of June.

As you’d hope, authors are getting involved, with names like Marc Morris, Gill Hornby, Rev Richard Coles and others already attached.

There might even be freebies at some bookshops with tote bags featuring characters from Rachel Bright and Jim’s Field’s The Lion Inside already announced.

The publisher Hachette UK is sponsoring (thank you) and team members in Bristol, Sheffield, Manchester, Edinburgh and Newcastle out at local bookshops.

Bookcrawls, what a fantastic idea, are also happening. Oh, sorry, bookshop crawls. The London Bookshop Crawl will be setting up events across the UK from the 17th to the 19th of June, and Belfast, Bristol, Edinburgh, Falmouth, Hastings, Leicester, Newcastle, Norwich, Sheffield and Stratford upon Avon are already slated.

There will be a downloadable welcome pack with the map and even a bookshop crawl ID that unlocks discounts and perks from local indies on the route if you take part.

The site Books Are My Bag has this excellent bookshop map from which you can find locations taking part. Or just find bookshops!

It’s not all Hatchette, though, as indies are taking part in “Indie Twinning”, a popular feature from previous Independent Bookshop Weeks, in which indie shops and publishers double-up to plan events. Andersen Press, b small, EnvelopeBooks, Firefly Press, Magic Cat and Mama Makes Books are already signed up. 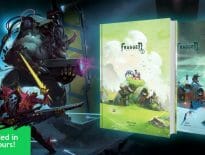 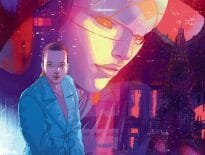