Severed Books have absolutely torn through the Kickstarter campaign goals for Caver & Cube Familiars. These are models of cave creatures – not creatures that live in caves – and RPG supplements for when caves become familiars.

The target of $2,000 has been left in the cave dust, but that doesn’t mean the campaign is over. There are still more than three weeks left for backers to join and the campaign grow. You can join in from the pitch page.

If you don’t want to wait, you can already buy Caver and Cube Book 1. Justin Sirois and Severed Books have it in DriveThruRPG.

There’s much more than books on offer in the campaign, though, and I suspect both the stone-mech like models and the C20 (the cave generating giant d20) will be popular.

The model is over 2 pounds of plastic and doesn’t need assembly but does need to be painted.

Severed Books is excited to introduce you to the world of Cavers — mysterious walking caves that players can have as massive mech-like familiars that are also inhabitable. You can explore caves and, if you play smart, you can adopt these hulking juggernauts as familiars you can customize and bring into battle. Players and Game Masters are already raving about the first book Caver & Cube and now you can own a giant Caver of your own.

A pledge of $9 (£7) will get you the Stone Over Sky, Caver and Cube and Massive Gelatinous Monster Manual, all in PDF.

Alternatively, $14 will unlock the C20 as a physical die and Massive Gelatinous Monster Manual in PDF.

Backers at the $20 level unlock the printed books and PDF. Then, at $39, backers get that 2 pound Caver mini and PDFs, but no dice.

A loot crate option is there for backers who step up to $79, which includes the die and Caver and “Lu the Cube” and books.

The loot crate options grow until we hit $200, with original art and even glow in the dark Massive Gelatinous Cubes.

There are limited numbers, early bird and retailer options for these upper tiers.

Fulfilment is optimistic and slated for as early as July 2022.

Thank you for this! We’re half sold out of the 500 Caver already :) 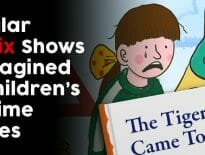