The first is a second and expanded edition of Lion Rampant, the Origins Nominated wargame, which now stretches from the Dark Ages to the Hundred Years’ War with raids, skirmishes and small-scale battles.

This second edition of Lion Rampant is expanded to cover the Dark Ages as well as the Medieval period, so you have a good excuse to buy more miniatures! I’ve also added extra scenarios and expanded the campaign ideas, given greater details for terrain, included a chapter of optional rules for more period flavour, and provided some new unit upgrades. The core rules have a few updates, but it’s still Lion Rampant as you know it – something that was very important to me is that any army you raised for the first edition is still playable using this new edition.

Joining Daniel on the next project is Richard Cowen, who has helped build on the Lion Rampant rules to create Xenos Rampant.

Xenos Rampant is a sci-fi but setting agnostic miniatures wargame for 28mm figures. If you know Lion Rampant you’ll be able to pick this up quickly, says Osprey, but the game is also intended to be a starting place for new players.

We’re very proud of what we’ve achieved with Xenos Rampant, not least in that we’ve created a game that covers platoon-level skirmishes in a wide array of Science Fiction settings – from dieselpunk and weird war, through the modern day, to the post-apocalypse and the depths of space – and managed to fit it all in one book. Oh, and did we mention zombies? We’ve taken the tried-and-tested game system of Dragon Rampant, vastly expanded it for advanced technologies and tactics, and provided a toolkit of optional rules to customise the style of game however a group of players might wish. Most importantly, this isn’t simply Dragon Rampant with lasers – it’s a whole new set of rules for Sci-Fi combat.” 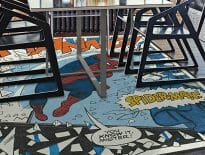 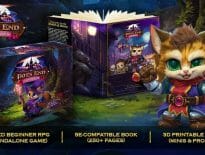