You are here: Home / Games / Tabletop & RPGs / Cyberpunk publisher to back the Haunted West RPG

R. Talsorian Games is the RPG publisher responsible for the Cyberpunk RPG series, of which Cyberpunk RED is the latest. They’re also publishing the grimdark The Witcher tabletop RPG.

Announced today is a new deal between RTG and Darker Hue Studios. The agreement has RTG step up to back Darker Hue with distribution logistics, helping to put the Haunted West tabletop RPG into shops, other distributors and individuals.

Haunted West is a weird west game about hope through struggle, set between the American Civil War and the end of the century, paying attention to those voices generally whitewashed out of history.

Using the Ouroborus System, a modular and three-tiered system with d100s determine degrees of success, the Haunted West can be as rules heavy or as light as groups want. Haunted West can also be played as a Powered by the Apocalypse game.

I already loved Chris’s previous book, Harlem Unbound, but Haunted West leaves it in the dust. The sheer amount of historical information and the depth of the system make it a damn fine game. But then, it had me at Bass Reeves, the real Lone Ranger. I want to get this in as many hands as we can.”

The tabletop RPG is founded on history, backed by research and brought to life through a team of diverse creatives and experts. The setting includes magicks, creatures and mechanics too.

Mike Pondsmith was one of my first inspirations in the world of TTRPGs and I continue to admire the legacy of quality products he’s produced. I’m honored and excited to be working with RTG.”

Chris Spivey is the award-winning author of Harlem Unbound.

Cyberpunk publisher to back the Haunted West RPG 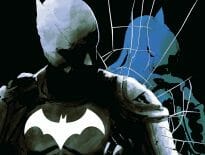 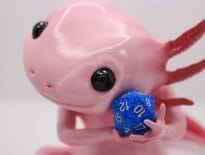