You are here: Home / Music / J-Rock out with “Raise a Suilen” from BanG Dream!

Bushiroad’s BanG Dream! transmedia success has spawned real-life bands. The latest is Raise A Suilen, and they’ve teamed up with the rock band Fear, and Loathing in Las Vegas for this English lyric music video.

It’s the second time the two groups have worked together.

The song is Repaint and will be available to listen to on platforms later this month. The digital jacket for the single has also been released.

“I have loved ‘space’ and ‘science fiction’ since I was little. I am deeply moved that I was able to express my dream of one day making animation in the best possible way in the form of ‘Repaint’.

J-Rock out with “Raise a Suilen” from BanG Dream! 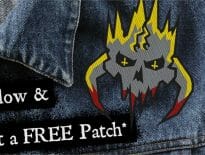 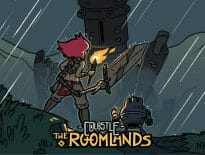 Tabletop & RPGs The Roomlands: The solo-RPG Colostle is so popular…
wpDiscuzComment Author Info
Manage Cookie Consent
This site uses cookies 🍪, and links are ads that may earn bloggers some money 💰, and with this alert, I very much hope that these dark truths 🧌 are acknowledged.
Manage options Manage services Manage vendors Read more about these purposes
Preferences
{title} {title} {title}
Loading Comments...