20 years ago, Bill Slavisek, Jeff Grubb, Rich Redman, and Charles Ryan produced d20 Modern for Wizards of the Coast. The official core book took the D&D 3/3.5 rules and applied them to contemporary settings.

Today, Evil Genius Productions, a black-owned business, is announcing its debut and the 5e-d20 Modern mashup Everyday Heroes: The Roleplaying Game which Jeff Grubb will be working on. A Kickstarter is planned.

It’s exciting to revisit the d20 system I helped design 20 years ago. How we think about game design has evolved significantly so this is a great opportunity to bring concepts of the ‘d20 Modern’ game into the fifth edition era for today’s players.”

Everyday Heroes starts with key “d20 Modern” components such as the basic classes — the strong hero, the fast hero, the tough hero, the smart hero, the dedicated hero, and the charismatic hero — and builds on this convention by introducing new subclasses, a new wealth system, and a reworked chase mechanic.

Our goal is to use ‘d20 Modern’ as inspiration, not duplication.

Geek Native had the chance to talk to Evil Genius founder Dave Scott.

Is Everyday Heroes a mashup of d20’s OGL and 5e?

Yes it’s a mashup between the OGL and the SRD. We first took the d20 Modern Open Gaming License and started from there. There were so many amazing concepts in d20 Modern that we knew we needed to pull from the original work. Then we read through the fifth edition Standard Reference Document and began to compare the two. It was a fascinating exercise.

What can 5e take from the old d20 Modern rules?

The old d20 Modern rules were based on 3.5 so there was a direct path to fifth addition. I personally like fifth edition’s simplicity and speed. However, we were lucky that d20 modern solved a lot of problems we would face when creating a modern world setting. For instance, there are no races in d20 Modern. We’re all the human race. So we created a background and profession system to approximate the benefits you’d get from choosing your race in fifth edition.

When was d20 Modern released? Would you be doing Everyday Heroes if it wasn’t the 20th anniversary?

The first rulebook for d20 Modern was released on November 2nd, 2002 and we’re shooting to release the digital version of our Everyday Heroes on the same exact day – exactly 20 years from the date. This wasn’t planned, however. We began working on the project long before we realized the connection to the anniversary date.

What can people expect to find in the book?

We will be launching a kickstarter project within the April-May timeframe. So the first chance to purchase the system will be then. Our pre-launch page is live so people can click the notify me button now.

What sort of classes can people play?

So d20 modern created the ability based classes. That means you can play a Strong Hero, Tough Hero, Agile Hero, Wise Hero, Smart Hero, or Charming Hero. From there, you choose a subclass. We are launching with roughly 18 of those.

Take the Brute, for instance. They are a classic “solve things with their fists” kind of character. With fists like hammers and the ability to turn nearly anything into a deadly weapon, they are the definition of dangerous. They live by this code: “If brute force ain’t workin, yer not using enough!”

Is it a different tabletop gamer who enjoys contemporary/modern settings compared to fantasy ones? Or can people enjoy both equally even if they’re so different?

I think people can enjoy both the fantasy and modern settings. I know I do. And while one is fantasy and the other is modern day, the stories are largely the same. I just ran an adventure where a party of heroes had to break into a corporation and steal some evidence. It was no different than a party of heroes breaking into the Orc Lair to rescue trapped villagers. The only difference is that the office building had security cameras. Well, maybe a few more differences, but you understand what I’m saying.

What’s it like to have some of d20 Modern’s original designers on the project for Everyday Heroes?

Oh, it’s amazing to be working with a few of the original designers. Just the stories of how they pulled the system together and the issues they struggled with keep me on the edge of my seat. Jeff Grubb, for instance, told me that he sees this as an opportunity to revisit one of his original projects with a fresh and contemporary lens. His contributions are immeasurable.

Was it hard to lure them back? What did you have to say to persuade them to do it?

It was extremely hard to lure them back. I think a lot of designers close one chapter to focus on the next. My secret trick was to buy a few rounds of beer and a ruddy pizza shop and get them to talk about the olden days.

What’s next for Evil Genius Productions?

We have some exciting plans in the works. Ones that I feel are game changing. You’ll have to stay tuned. 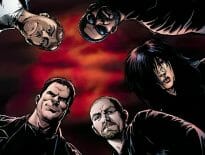 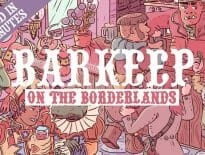