You are here: Home / Geek Stuff / Gamenomicon’s Twilight War is a second chance to join the Party First

Party First is a best-selling RPG, rules-light, RPG about horror, supernatural and bureaucracy. It’s inspired by stories like The Thing, The Fly and The Hunt for Red October.

You didn’t miss Party First going through Kickstarter. It didn’t. It went straight to DriveThruRPG. However, the supplement Twilight War is now crowdfunding and reward tiers include Party First core rules as a discount.

Tempted? Geek Native has an exclusive teaser of the new Savant class below. Or, you can just leap to Kickstarter.

We’re warned that there are few happy endings in Party First.

It’s 1985, and the game is set the nation of USRA from the Twilight World. That’s a world like ours, but it has more monsters. To some of these monsters, humanity is nothing more than ants.

The RPG uses the Tension Engine, a custom d6 system that invites players to balance their personal achievement against party loyalty. It’s a system that suits one-shots.

The Twilight War supplement adds a few new classes, the Savant is one, but there’s also the Diplomat, Double Agent and Mercenary. Joining these classes as new rules are 13 Advantages, rules for Time tables, Vehicles, and new Adversaries.

The final page count is expected to be around 40 to 50 pages.

Party First: Twilight War takes the premise of the core Party First book in a new direction with focus on the world spanning cold war which has ground to a wary détente. While the public hopes that tensions between the East and West have cooled, those in the upper echelons know that it has merely shifted into that grey twilight between the known and unknown. Shadow actors and intelligence agents recruit, inform, sabotage and anything else they must do to ensure their side emerges victorious.

A pledge of $7 is enough to be rewarded with a Twilight War PDF, but at $10, you’ll get a copy of the core Party First rules too.

A physical edition of the Twilight War supplement, plus an exclusive PDF, join the rewards at $20.

If you want the core rules in print, be a double agent. At $30, the double agent tier, backers get both books in PDF and print, with the Kickstarter adventure included as a PDF too.

The top tier is $150, and the estimated delivery is in September, irrespective of the level you settle on. 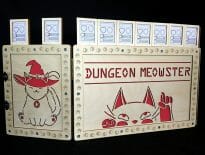 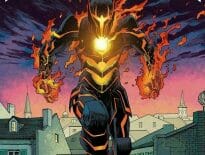