You are here: Home / Music / Haunting and dangerous: Vogel im Käfig from Attack on Titan, a violin cover by Taylor Davis

Taylor Davis is a computer game fan who has become a global music star through skill and hard work. Taylor covers computer games, anime and movie soundtracks and arrangements.

Vogel im Käfig isn’t the dangerous and iconic opening from the first season, and it’s not the song that made fans sit up, even before the series splurted into gory action, and made fans says, “Hey!”.

Vogel im Käfig feels more appropriate for the series as it ends, though. A series with twists, turns, up and downs, teeth, betrayal and politics.

The translation, according to Google, of Vogel im Käfig from German to English gives us; Bird in cage.

Haunting and dangerous: Vogel im Käfig from Attack on Titan, a violin cover by Taylor Davis 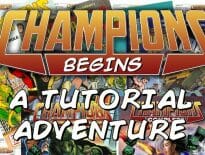 Tabletop & RPGs Free to Download: Learn Champions with Champions B… 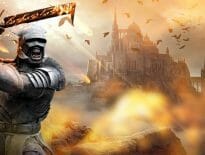