My thanks to Free League for providing me with a review copy. The world building in this review builds on the work from The One Ring bundle, which includes the hardcover 240 pages The One Ring core rulebook, the Starter Set (covering the Shire), and the Loremaster’s Screen with the Rivendell Compendium, along with complete PDFs of all three products.

No comparison or discussion of the first edition is covered except to say the author, Francesco Nepitello, has not changed, and he is refining the original ruleset, not creating a brand new set of rules from scratch.

One trick to effective world building is immersion in the setting you are creating. The One Ring helps with that through the writing, the art, the maps, and the physical book itself.

The game itself leans heavily on Tolkien for inspiration and direction. The maps look like something Tolkien himself would have likely appreciated, and the book itself is not glossy with slick pages but instead had a textured cover and thick cream-colored pages. The art depicts a big world of muted colors but great detail in which the Player-heroes and their foes look small but vital. The black and white (more brown and cream) art mostly focuses on people, smaller locations, and gear. Here is a view of one corner of the Shire care of Free League:

The core rules focus on Eriador in northwest Middle-earth. A great starting location for a campaign is Bree. With the Starter Set, it would be easy to start exploring your version of this world in the Shire, just west of Bree. The enclosed landmark offers another intriguing option for kicking off a campaign, covered in detail below.

From a player point of view, what I like most about starting options are the heroic cultures. These include Dwarves of Durin’s folk, Elves of Lindon, Hobbits of the Shire, and three human cultures: Bardings, Men of Bree, and Rangers of the North. This mix allows players a wide range of popular and classic cultures and personally some of my favorites. The core rulebook has everything needed for players to create full realized Player-heroes.

The gamester, called the Loremaster, has two chapters devoted to their craft and an appendix filled with useful support material. The Loremaster will also lean heavily into the Adventuring Phases and Fellowship Phases chapters.

So, where to start? There is no better option than the Shire if you want to learn the rules and play a short campaign. The Starter Set includes an adventure and pre-generated characters to play through it. And even if you don’t play the included adventure, the poster maps, weapon cards, stance cards, and dice will all come in handy, as will the book covering the Shire.

To make your own version of Middle-earth, however, you might want to start with the eastern foothills of the southern Blue Mountains. The Player-heroes hear a rumor of the Star of the Mist, an eerie blue light shining from the remains of a great castle. This landmark, The Star of the Mist (core rulebook page 223), can kick off an entire campaign.

A landmark is a small, self-contained area with locations, denizens, and events. It doesn’t include a predetermined plot or orderly scenes. Landmarks open up the whole realm of Eriador and eventually all of Middle-earth to wandering bands of Player-heroes investigating interesting rumors and falling into and out of all kinds of interesting trouble and adventures. To me, landmarks are well suited to The One Ring and make the job of the Loremaster that much easier.

Before this campaign kicks off, the Player-heroes will need to choose a patron (core rulebook page 212). Personally, I like the idea of a patron who didn’t figure in a book way in Tolkien’s novels. Having a patron near the Blue Mountains makes it easier to get the Player-heroes there without too long of a Journey.

If the players agree, Círdan the Shipwright makes a great starting patron. His home is in Mithlond, north of the southern Blue Mountains. Instead of approaching the landmark from Sarn Ford, the Player-heroes approach from the north.

A journey from Mithlond to the Star in the Mist starts in Free Lands and finishes in Dark Lands. This Journey is not long, but it might be exciting and dangerous.

If Círdan does not appeal to the players, then Balin would make a fine choice. The Halls of the Dwarves are a bit farther north, making for a long Journey likely split in two: first getting to Mithlond and second traveling to the landmark in the south.

Ruins of the Lost Realm is an upcoming supplement with many more landmarks near the southern Blue Mountains. Loremasters can also create landmarks of their own.

Player-heroes returning to Mithlond could hear rumors of the Western Tower in the ruins of the great city of Annúminas. The Fellowship might Journey there to explore the nearby islands for treasure. They might also climb to the top of the Western Tower to partake in the vision of the ghost ships sailing on Lake Evendum (core rulebook page 180).

The Hills of Evendum are also dotted with ruins but can be even more dangerous. Trolls come down from the Lone-lands in hopes of catching treasure hunters and making sport of them. The Player-heroes may even hear of the forgotten hamlet and manage to find it. Perhaps it labors under a curse, and only the heroes can free the hidden village of Men from it.

Armed with The One Ring bundle, a Loremaster will have the rules needed to run Player-heroes through adventures in Eriador. The Loremaster will also have poster maps, a screen, dice, cards, and details on the Shire and Rivendell to go with the main rules. There has never been a better time or place to start or continue exploring Middle-earth than with this edition of The One Ring. 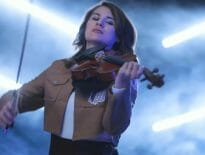 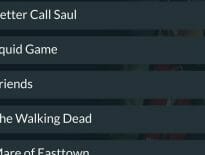