Every console game is different, yet we tend to use the same controller for each console. It’s too expensive to change the controller because we have a new game, but what if the controller was adaptive and could change its own shape?

As it happens, the adaptable game controller was invented by Paul Chen in 2005 and patented. You can read all about it in the official paperwork.

The mounted device visualises the video game on itself, and the faceplate connects with your current controller. If necessary, you could change the faceplate for even more significant physical changes or look and feel.

Computer and computer part retailer Crucial has been investigating, imagining and creating concept art based on patents like Chen’s.

As a result of rummaging around the patent archives, Crucial has been able to commission concept art of the more interesting patent ideas they surfaced. I suspect none will be familiar to you, yet none too far off being utterly crazy, not even the 20-year-old ones.

Here are four others;

A level up from steering wheel-shaped controllers, this entire car lets you sit in your living room and drive around the world. You allow the vehicle to deflate when your tour is over and pack it away. Or should that be park it away?

Back before we all had spare screens in our pocket or could easily find them on eBay or Facebook market if we wanted something larger, the two-player experience often held lots of spoilers, and you could see what your rival was doing.

Timothy Coffey tries to solve this with suction cups and a translucent panel which hopefully wasn’t too distracting, allowed some vibe and atmosphere to be maintained, and yet blocked line of sight.

This controller connects wirelessly to your favourite portal device, although it’s really designed by tablets, by the looks of it.

The attachable controller removes the awkwardness of putting an on-screen set of buttons somewhere too close to the swipe edge or too close. How? It puts the buttons above the action.

Yours truly as tried playin console games while using a foot peddler and couldn’t make it work. Not work well enough, anyway. However, that’s the sort of physical win/gaming fun that inventor Benjamin was aiming for with a chair you strap into for a cardio workout.

How does it work? With resistant straps. I backed Quell on Kickstarter, maybe it’ll arrive soon. 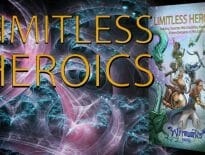 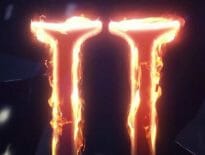