You are here: Home / Geek Stuff / Geeks in Japan: What are MoviTicke Cards?

A phrase that generally pops up in anime news without a definition is “MoviTicke Card”, which might not be required as the context seems clear.

Is it a movie ticket? Right? Or a subscription? Or a pass?

The truth is a little more nuanced.

The days of advance tickets, at least in the old style, are fading because you would have to turn up at the film in-person and trade the ticket in. The main problem is that you don’t get to pick your seats until you do. You can’t use the traditional “advance tickets” in Japan for online reservations.

MoviTicke cards are an evolution that supports that.

MoviTicke cards are still physical things, and you get them from the infamous vending machines in Japan or from the theatre directly. We tend to see them mentioned in anime news because sometimes the card is artworked and becomes desirable. You might also get other physical goodies, like posters for a specific anime, at the same time.

To use a MoviTicke card for online booking, pick when and where you want to see the film or anime and use the card’s unique code at the checkout. It’s this simple change, but a logistical challenge, that MoviTickes can do but old fashioned advance tickets cannot. You can still use your MoviTicke Card as an advanced ticket, though.

Another advantage of MoviTicke is the ability to earn loyalty points on your purchases since the unlock codes can be associated with your account or the ability to watch a movie online with it.

I’m using the phrase “MoviTicke” here as that’s what anime press do, and I’m just copying. Google Translate suggests “Mubichike” to me.

The Canadian chain CinePlex is listed as a brand that supports it. That’s kinder than CinePlex’s Imperva firewall, which is blocking visitors from the UK (or me, at least). Australia’s United Cinemas also take part.

Hat tip to /r/anime for helping me with this one.

Geeks in Japan: What are MoviTicke Cards? 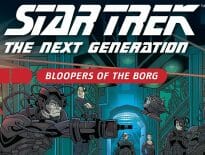 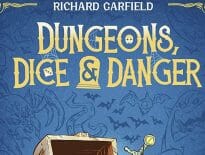