Richard Garfield is an undisputed talent and is the inventor of such games as Magic: The Gathering, Vampire: The Eternal Struggle, a Star Wars: Trading Card Game, Android: Netrunner, KeyForge and more recently Mindbug.

Mindbug is taking late pledges after a Kickstarter, but it’s not the freshest game.

Ravensburger’s Alea will publish Dungeons, Dice & Danger, and if you’re in Germany when you click that link, and if Amazon can tell, you’ll be taken to a pre-order page for the Roll & Write game. If not, you’ll probably be taken to a placeholder for the dungeon scrawl but without the pre-order option.

Roll and Write games can loosely be described as games where you write down the results and implications of a dice roll. More recently, we’ve been seeing an RPG evolution of the concept in which the writing becomes the journalling part of a solo adventure.

Garfield’s Dungeons, Dice & Danger seems to be a little bit of the latter. A touch.

Here’s how Amazon DE describes the game, using an original English description provided for it;

Are you brave enough? Do you dare to step into the deepest depths of the Dungeons? Yes? Then pack the cubes and your happiness and get on an adventure of an extraordinary way. In this Roll & Write game you run your way through the Dungeon, chase monsters and collect treasures. Whoever has accumulated the greatest wealth in the end wins.

While Amazon DE will release the game on January 15th, it’s not due out in the States until March. When is it expected in the UK? Gar, blah, paperwork and logistics make such predictions impossible.

Inside the pack, there’s 200 adventure sheets, 5 dice, 4 pencils and rules. You can play with just one player, or up to four, and get it done in between half an hour and one hour. 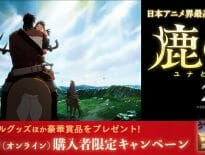 Geek Stuff Geeks in Japan: What are MoviTicke Cards? 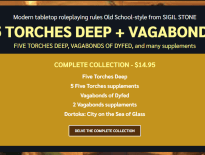