Is the world flat? Are there nanobots in medicine? Could vapour trails be alien smoke signals and what if birds aren’t real?

Sometimes it’s hard to tell satire from what people really do believe these days. Oftentimes, it’s a taboo subject for marketing teams to avoid. Not for Wizards of the Coast, as we’ll see shortly.

Sadly, the merch at BirdsArentReal.com won’t ship out of the States. That restriction is probably because there is nothing outside the USA; the rest of the world is a hoax. However, unofficial versions are for sale and do ship across the round planet.

What’s any of this got to do with Magic: The Gathering?

In a quick Facebook art teaser, team Wizards of the Coast tapped into the whole Birds Aren’t Real satire.

Wisdom from the official Magic: The Gathering account. Innistrad is a plane that features in the fantasy card game, one laden with gothic themes and draws on an Eastern European 19th-century vibe. Innistrad has had more than one season, including Innistrad: Midnight Hunt.

The card that the art comes from is Screaming Swarm. Appropriately enough, its Type is “Creature – Bird Horror”. The talented illustrator is Irina Nordsol.

Tactically, you could try and argue the card isn’t real if it’s played against you, but I suspect it’ll still inflict four damage. 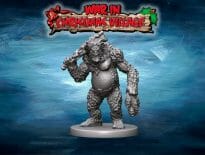 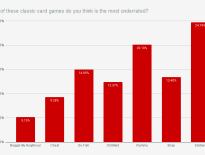