You are here: Home / Books / Comics / Um, the Critical Role trailer tempts me with heresy

I’m having an odd reaction to the trailer, though. A heretical one, I fear, and my fingers tremble with caution as I admit this.

Firstly, it should be a no-brainer that I’m pumped for the show. Geek Native blogs a lot about RPGs and animation.

It sounds wrong. Or rather, it lip syncs differently to all the Japanese audio I listen to.

Yes, yes, I know! The characters sound like this. It’s the literal voice actors of Critical Role speaking their own parts.

It can’t be wrong.

In my defence, it’s not unheard of for English-language creations to be recorded Japanese-first when animated. Millarworld and Netflix seem to have done this with Super Crooks, for example.

Am I the only one who might need a period of adjustment to get used to it?

There’s other good news, too.

The release date has edged forward, from February to the end of January.

Chris “Doc” Wyatt and Kevin Burke are on the Fjord Stone team and they’ve been writing for the TV show. Here’s how Polygon described the comic.

Growing up in an orphanage on the Menagerie Coast, Fjord Stone has never been comfortable with the assumptions people draw from his half-orc heritage. His sweet, sensitive nature will do him no favors in Port Damali. Luckily, a chance meeting lands Fjord with a job, a mentor, and more adventure than he could ever dream of on the path that will eventually lead him to the rest of the Mighty Nein!

Um, the Critical Role trailer tempts me with heresy 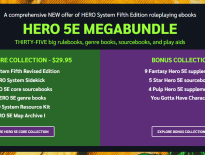 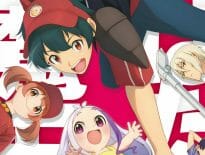