You are here: Home / Games / Tabletop & RPGs / The Prisoner inspired Be Seeing You RPG pushes back against the surveillance State

Inspired by cult British TV like The Prisoner where No 6 is held in an oddball village filled with quirky characters and strange technology as well as contemporary concerns around freedom and surveillance, Be Seeing You is an RPG from Tanya Floaker.

The game does not use dice, plays in a few hours and is best suited for 4 players. There’s a text-only free preview available from Time of Tribes, Floaker’s publishing vehicle.

Be Seeing You funded within minutes and is heading towards 100 backers with two weeks left to run on Kickstarter.

In the Prisoner, it’s never quite clear who is running the village. In Be Seeing You, there’s no one person who is the GM.

There are four roles in the game, and players rotate between them.

Tod Foley, the designer of DayTrippers and CORE, has had an early look at the game.

BE SEEING YOU is (a) IMMENSELY impressive and appealing, while also (b) a little bit distressing. I suppose those are also qualities of the genre, so it recapitulates in a thematic fractal across fictional and physical realities. Pretty cool, even if ironic AF. Tanya has done a great job with the overarching structure. LOVE IT.

There will be a print copy of the game, and it’ll come as either a staple-bound zine or a hardback. The colour book will be 40-pages and A5.

The QR-code (which require a camera to activate, of course… I see what you did there) promos for the game set the tone.

The final digital file will be free. There’s no “digital-only” tier, just pick “No Reward and Pay What You Want” if the PDF is all you want.

A pledge of £10 gets you the zine edition of the game and PDF, although there is a low-income opinion at an earlier level for backers who want to help but who might struggle.

Play aids are added to the rewards for backers at £15, and stickers at £20.

The hardback replaces the zine for backers at £25, and higher tiers are sold out.

It is expected the hardback will be delivered in March next year, and the zine in February.

The game is part of SideQuest, a zine festival/discovery program that designer Tanya Floaker is helping to coordinate. 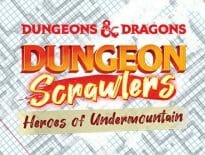 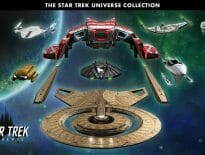