As a blogger who writes about tabletop games as a hobby, I’ve noticed a trend in original and inspirational games coming from outside the English speaking world. One area that I’ll admit I know little about is Latin America or, heck, anything south of Texas.

That’s weird and wrong because even Roll20’s own data shows how significant Brazil’s Tormenta’s RPG is.

SoulMuppet Publishing, which is in Nottingham in the UK, is coordinating an alternative. They’re working with five emerging creators from Latin America, running ambitious crowdfunding, and are also about to cross that success line. You can join in or just see how close they are to funding on Kickstarter.

There’s a Twitter hashtag of #RPGLATAM to watch and monitor the buzz.

In the project are;

Brave Zenith is a post-fantasy tabletop RPG, set in a world inspired by Brazilian culture and long summer nights playing JRPGs on a pirated PS1. With a set of simple interpretative rules, that focus on player creativity and imagination, explore the ruined world of pastpresent, meet colourful (and deadly) creatures, see the sights of the Second City, partake in delicious Monkey Oil and become an adventurer: ambitious, indebted, BRAVE.

Ultra y Eterna is equal parts deadpan and unapologetically gonzo in its execution (whatever that means), with a writing style reminiscent of Meguey and Vincent Baker’s Apocalypse World. Science and fantasy collide at the urban landscape of Capital City as the gates of Hell open.

here, there, be monsters!

here, there, be monsters! is a rules-lite response to monster-hunting media where you are the monsters. It’s a love letter and a middle finger to stuff like Hellboy and the BPRD, the SCP Foundation, the Men in Black, the Laundry Files series, the World of Darkness and the Urban Fantasy genre in general. This is an explicitly queer, antifascist and anti-capitalist game about the monstrous and the weird, in any flavour you want, not as something to be feared but to be cherished and protected.

Mayflies is about adventurers in a world of flying isles, going from island to isle in search of resources for their own village/island. This is a barren, post-apocalyptic world in the sense that everyone has barely enough resources for themselves, but it is a beautiful one, where people are free and can embrace their own cultures without the weight of colonization and government.

Cantrip is a Belonging Outside Belonging game about young witches attending a magical academy. In play, the witches will grapple with their place in the world at large, their emotions, their budding relationships, the expectations placed on them by everyone in their lives, the secrets held by the Academy, and the constant scheming of their fellow witches.

At the end of the day, the LATAM creators will own their books, layout, art, and digital assets.

Irrespective of where you are, and with shipping and fees to pay later, backers at the £15 tier get one physical copy and a PDF version too.

The PDFs have an estimated delivery date of February 2022 and the physical books in March 2022. 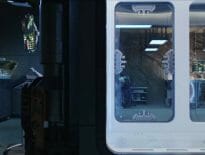