However, it’s not finished. As the name makes clear, this is the beta version. There are some hex maps and one illustration.

When it goes on sale, there will be interior art, maps and a professional layout. As author R.G. de Barros points out, it’ll have been edited and proofed when this BYTE RPG setting is ready.

For now, though, early adopters get an early look. Although, we’re not that early. Yeraksys has been in my bookmarks since August.

BYTE it a d8-system RPG that covers different technology levels, uses modules and plugs together to let you game in different worlds. I’m reminded of GURPS.

Yeraksys is one such world. Once a technologically advanced planet, it was hit by a cataclysmic disaster that killed billions, and now the seas have become poisoned bogs, and the land has become desert.

If you want a drink in Yeraksys, you need to dig deep to find suitable water.

The beta version introduces cultures that remain on the planet, what they’re known for and where they live. Page of settlements describes the languages spoken, resources and story seeds.

I get Dark Sun and Mad Max elements from the setting with radioactive zones and cults trying to swap sacrifices for a better tomorrow. The beta gives outlines for designing gang leaders for those cults or raiders.

Otis’ Scavenger’s column is comprised of twelve vehicles, most of which are manned by a crew of two or three. The small group consists of four families who live as nomads and are always on the lookout for the technological centers of the old world. The Oracle that points the way relies on the prophecies and insights from an old road map that dates back to the time before the Cataclysm and which is the most valuable possession of the group. At nightfall, everyone gathers around the fire: the Oracle throws the finger bones, and then they all see and hear the voice of the bones that show the path to be followed, to the north, south, east, or west. Only rarely have the bones failed their goal and the belief in the Oracle is unbroken in the group, even if there is only a sea of dunes waiting for the group at their destination: it will be there, it has always been there, even if hidden under the sand, invisible to the eyes of the world. A shining beacon for the bones. 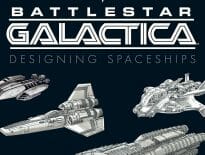