Porcupine Publishing, the talent behind the excellent and trope-busting The Elephant and Macaw Banner RPG, have released a beta edition of Revolution Comes to the Kingdom.

As it’s a beta edition release, Revolution Comes to the Kingdom is a Pay What You Want (PWYW) with a suggested value of $3.00. It may be the case that the final release will be an upgrade, in which case you’ll get that for whatever you pay now. However, Porcupine may also re-release the final book as a separate item.

Revolution Comes to the Kingdom (RCTK) is a tabletop roleplaying game about a small, fictional country undergoing a civil war in the years following World War 2. Your characters must travel to each of the eight valleys, lead the people there to a spiritual awakening, and confront the monsters that lurk in the dreamlike catacombs beneath each valley. Only then will the Kingdom truly be free.

It’s a game of action, stealth, propaganda… but also a mythic underworld.

It’s a game with CIA and Societ minders, sniffer dogs in packs along the riverbank as the sirens wail. 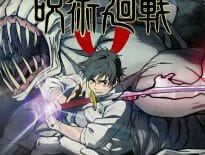 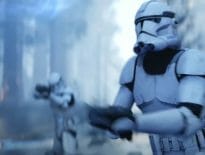 Geek Stuff Short film: Against All Odds – a Star Wars a…
wpDiscuzComment Author Info
Manage Cookie Consent
This site uses cookies 🍪, and links are ads that may earn bloggers some money 💰, and with this alert, I very much hope that these dark truths 🧌 are acknowledged.
Manage options Manage services Manage vendors Read more about these purposes
Preferences
{title} {title} {title}
Loading Comments...