You are here: Home / Games / Tabletop & RPGs / Inspired by the myths and cultures of Africa: Kalymba RPG from Craftando Games

Craftando Games has been publishing RPGs in Brazil for five years, and now with this English-language version of the Kalymba roleplaying game, they’re going international.

Kalymba is a tabletop game inspired by African myths and folklore. The publisher is asking for $50,000 to fund. With about a month left to go there’s more than $15,000 pledged. You can see more or join in on the project page.

The central plot of the game is set in the vast land of Aiye. Aiye is separated from the spirit realm, populated by humans and animals, but ruled by the powerful and ancient orishas gods.

The system is built on Newton Nitro’s +2d6. There are no classes, but characters have skills, abilities and disadvantages.

Experience points take PCs through the Kid, Brave, Veteran, Hero and Legend tiers with progression not needing combat and improving characters as they advance.

The art in the trailer looks great, and the book will be coloured if they get to the $130k stretch goal.

A pledge of $22 will get you several digital products; the core book, the adventure book, short stories, and Kalymba’s soundtracks. You’ll also get the digital stretch goals. Seems generous to me.

Then, at $33, you get the hardback core rules with PDF and soundtracks. Make that $50, and you get the other PDFs added back in, along with 50 character sheets, but this is a limited tier and about to sell out.

The $100 tier is also limited, with the core rules in hardback, the other books in softback, dice and an exclusive t-shirt.

The last tier, yet to sell out, is $200, which gets more stories in hardback, more dice and even some minis.

The project is expected to fulfil in May 2022.

Inspired by the myths and cultures of Africa: Kalymba RPG from Craftando Games 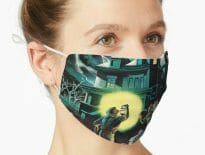 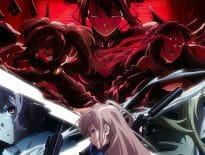 Anime Girls’ Frontline to premiere January 2022, b…
wpDiscuzComment Author Info
Manage Cookie Consent
This site uses cookies 🍪, and links are ads that may earn bloggers some money 💰, and with this alert, I very much hope that these dark truths 🧌 are acknowledged.
Manage options Manage services Manage vendors Read more about these purposes
Preferences
{title} {title} {title}
Loading Comments...