You are here: Home / Geek Stuff / Indiana Jones never had it so good: A review of Lupin III – The First

A big-screen outing for Lupin III: The First is a great way to start Scotland Loves Anime. It’s also a great movie.

“The First” could be misleading. It’s not the first Lupin III anime by any means; it’s been going for many decades. In this case, “The First” is a nod to Lupin III’s famous grandfather, the gentleman thief Arsene Lupin. It’s also the first of the series to use CGI.

Wait. No, listen. It’s incredible CGI. The facial expressions throughout are impressive. I don’t think I’ve seen any anime in which the look on characters’ faces is so well done, human, emotional, and rich in storytelling.

We’re up against Nazis. The connections with Indiana Jones’ adventures only get bigger from there.

In the opening scenes, a flashback, we see the Nazis raid a family to get their hands on an archaeologists journal and associated relics. There’s an evil professor in tow. There’s a car chase.

The First doesn’t hang around. We’re in at the deep end.

Then we cut to the 1960s, the era in which the anime is set (or this one, as it does vary for Lupin III stories). There’s an auction to sell off the previously missing book, and it’s interrupted by Arsene’s grandson – Lupin III.

One of the things I find most impressive about Lupin III – The First is how very high-level characters are given a proper adventure. Lupin III is an incredible thief, Fujiko Mine a dangerous bard, Jigen Daisuke an impressive shooter and samurai Ishikawa Goemon capable of superhuman stunts. We get to see their skills, and we get to see the team challenged.

I’m stealing terms like “high-level”, of course, from RPGs. There is a Lupin III TTRPG coming out, via an official deal with Magnetic Press Play.

We see them not just through the straight man, Interpol agent and butt of many jokes, Inspector Zenigata, but through the eyes of fresh-faced Laetitia.

The adventures we see take us from that stuffy auction and out into the wilds.

How wild? We’re absolutely deep into the latter Indiana Jones moves, but with homages to the early ones too. Expect puzzle-solving, dusty corridors and more examples of why punching Nazis absolutely is the solution to most problems.

Lupin III – The First is full of over the top, but dramatic action. It’ll make your laugh too, sometimes on purpose and with the case with some anime, sometimes perhaps not where the directors intended it. Sometimes it’s like they’re daring you not to laugh, to try and take the unlikely zaniness of the extremes at face value.

It all adds to the experience. Lupin III is a series you get to laugh at as much as you like, and it only makes for a better movie. The name of the game here is hijinks and fun.

The anime is rated 15, and I’m struggling to determine which scene is responsible for that. I guess there’s some gore, but I think it’s absolutely the sort of feature-length anime that makes for good viewing with teen kids and parents in tow.

Lupin III: The First is a good first Lupin III experience. You don’t need to know anything about the characters; you’ll quickly learn.

I think it’s also a solid film to expand your Lupin III collection if you’re a fan. It might not be at Castle of Cagliostro (despite some nods to the scenes in it), but I honestly think it’s pretty good.

The only snag is if you do have a favourite supporting character, you may wish they have more screen time.

It’s the CGI-thumbs up from me.

Indiana Jones never had it so good: A review of Lupin III – The First 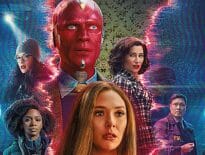 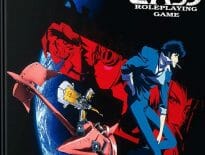