You are here: Home / Movies / The Spine of Night with Lucy Lawless, Joe Manganiello and Richard E Grant gets a red band trailer

A force of darkness is unleashed, and warriors from different cultures and eras have to unite to fight it off. It all begins with one man’s ambition and the theft of a sacred plant. From there, power corrupts.

Variety has reviewed the rotoscope fantasy-horror;

Extreme, skeleton-snapping ultraviolence is a key selling point of this first collaboration between animator Morgan Galen King and filmmaker-comics writer Philip Gelatt. To watch it is to feel the wide-eyed thrill of many a Generation X teen for whom hard fantasy — particularly in cartoon form — was a gateway into more illicit spectacles. With its fusion of naive, old-school character rotoscoping and lavishly airbrushed world-building, the film’s visuals aim squarely for geek nostalgia and hit their target.

Philip Galatt (They Remain) and Exordium, a rotoscope fantasy, Morgan Galen King are writers and directors on the project.

The Spine of Night will get a cinematic release, but it will also be available on digital streaming platforms. The details of the latter do not yet seem to be released.

The Spine of Night with Lucy Lawless, Joe Manganiello and Richard E Grant gets a red band trailer 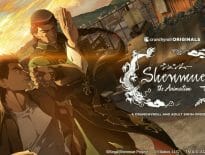 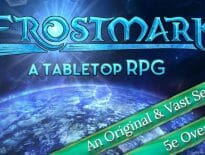