Isekai fantasy Arifureta: From Commonplace to World’s Strongest is getting a second season. Our hero, as per genre, is transported to a fantasy world in which his particular skill isn’t considered very important.

I haven’t seen the first, but this trailer has my interest. The guns, apparent death angel, and occasional bunny girl seem to be the show’s hallmarks.

As it happens, Seven Seas has the license to print the English-language manga/comic book and has it up on ComiXology. Their synopsis is a little more helpful than my guesses. They say;

Seventeen-year-old Hajime Nagumo is your average, everyday otaku. However, his simple life of pulling all-nighters and sleeping in school is suddenly turned upside down when he, along with the rest of his class, is summoned to a fantasy world! While the rest of his class are blessed with godlike powers and tasked with saving the human race from extinction, Hajime’s job, a Synergist, only has a single transmutation skill. Will he be able to survive in this dangerous world of monsters and demons with only a glorified blacksmith’s level of strength?

The anime is also out, dubbed and subbed, and available from Funimation. The describe the show;

Hajime Nagumo and his high school class are suddenly summoned to a fantastical land as heroes. But while most of his classmates have powerful stats and abilities, Hajime does not. Underappreciated and unprepared, he tumbles into the depths of a monster-infested dungeon where voracity and sacrifice are his only options. To thrive in this savage world, he’ll have no choice but to welcome the abyss. 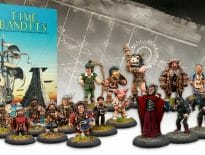 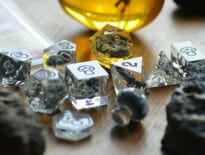