You are here: Home / Games / Tabletop & RPGs / The dead have risen: Survival of the Able is a tabletop RPG about people with disabilities trying to survive the zombies

Jacob Wood’s RPG takes us to a European Almshouse, in 1347 AD, during the Black Death. The village has succumbed to a dangerous strain, and the fallen become zombies.

Player characters have survived, so far, as being disabled as had them sent to the Almshouse. Now they must work together to survive. The campaign is asking for $6,000 to fund, and you can join in from Kickstarter.

The video pitch is not as long as it may appear at first. The introduction is audio atmospheric for the game, and the majority is a read-through of the Kickstarter story, which is a nice accessibility touch.

You’ll encounter not just zombies but discrimination in Survival of the Able as your character’s disabilities provoke reactions from people, and through the fear, you might be a zombie.

To avoid eating your friends, you’ll have to overcome all these odds and escape the plague.

As a disabled person in this setting, you will be challenged to overcome peoples’ fears and judgments. You will have no choice but to survive during a zombie apocalypse. The only non-disabled people you know will be unable to care for you, so you must either overcome the stigma of your disability or join everyone else in a mass grave.

Meanwhile, you do not have the luxury of adaptive aids or accommodations that we might take for granted today. Braille and Sign Language have yet to be invented, let alone wheelchairs, elevators, talking computers, etc. You cannot simply rely on technology to overcome the challenges presented by your disability, so you must use your other skills to survive.

Wood states clearly that the game is about creating and gaining empathy for those who live with disabilities every day. Everyone involved in the creation of the game has some form of disability too. Nevertheless, games with discrimination aren’t for everyone.

The game itself is a hybrid of Fate and RPG. The campaign is a second attempt, a return to a 2019 effort.

A pledge of $15 will get you a digital copy of Survival of the Able.

There will be different physical editions to suit needs; black and white and either graphic, easy-to-read or dyslexia-friendly fonts. At $25, you’ll get a digital copy and one of the print editions. At $30, that book upgrades to colour.

The black and white hardcover is swapped in with pledges of $35 and, at $40, becomes a colour edition.

Other tiers include able ally consulting time and shipping to be added to the physical tiers. The game itself is slated for an August 2022 release to backers.

The dead have risen: Survival of the Able is a tabletop RPG about people with disabilities trying to survive the zombies 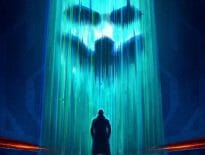 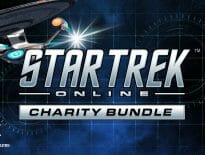