I enjoyed the live-action Bright, an urban fantasy and cop show in one but was surprised when Netflix announced they would return to the world. They’re also doing so as an anime.

Using a 3D-CG style, the Netflix Original is set in Japan and at the end of the shogunate and Meiji era.

The current release date is October 12th, and we’re slowly getting used to those dates moving around less frequently as we have a lockdown lull.

We follow the one-eye ronin Izou, a ronin who has lost his reason to live and the orc Raiden trying to leave his life as a thief behind. Together, they meet Sonya, a young elf girl.

Journalling along the Tokaido road, the group, try and bring the elf’s wand safely to the elves in the North. The dangerous group known as the Inferni has other lands.

And there’s a dark lord. 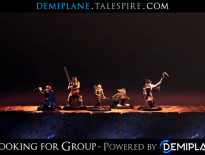 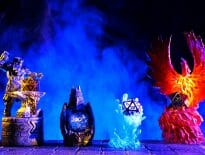