The latest Fate showdown gives us what we’d expect from the battling magic girl series; angst and duels.

Kadokawa aired the feature-length in August, but only at a limited number of cinemas.

Despite that restricted initial run, Licht – The Nameless Girl will head West, distributed by Sentai Filmworks. Here’s their description of the movie.

In the latest feature film installment, its most beloved characters face completely unexpected situations! The Ainsworth family aims to save the world, but the price is sacrifice of magical girl Miyu — but Miyu’s brother, Shirou, won’t let them have her without a fight. Now it’s up to Illya to step in and find a solution that will save not only Miyu, but the entire world.

There’s already a sequel in development. 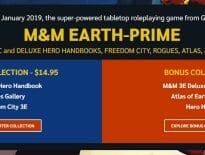 Tabletop & RPGs All new offers in this 3e Mutants & Mastermin… 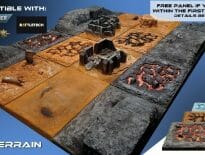