You are here: Home / Games / Tabletop & RPGs / A Requiem for Rogues as Picaresque Roman the anime TRPG funds on Kickstarter

LionWing Publishing’s Picaresque Roman: A Requiem for Rogues is a story-driven anime-styled tabletop RPG set in Japan. It’s about violence, betrayal and money.

The Cincinnati-based publisher asked for $10,000 to fund and has quickly raised $15,000. It’s a relatively short-lived campaign with just over two weeks left to pledge and join in.

LionWing says the tabletop game is inspired by games like Yakuza and Persona. Perhaps it’s the music, maybe it’s because Netflix released photographs yesterday, but I get Cowboy Bebop vibes too.

The game suits 4 to 5 players, they’ll take on the role of rogues, one of the picare and compete with others for influence. Gameplay is centred around a VIP rocking up in town and then trying to gain control of them, from the GM and over other players.

One of the characters is a traitor.

The City is out there, somewhere. No one really knows where for sure. There are no maps, no guided tours, no invitations. But when society changes, when its rues seem too much of a bore, you’ll find your way.

And there, you’ll find yourself before The Gate, the sole way for any normal person to enter the City. To get in, the gatekeeper will ask you one question, which you must answer.

A pledge of $25 makes you the Villain. That’s enough to unluck Picaresque Roman, the Scenario Booklet, GM Booklet, and Info Card Set all in PDF plus any stretch goals.

If you step up to $40 then that core rule copy of Picaresque Roman becomes a print edition, and shipping will be worked out later.

Then, at $75, that print edition becomes the Rogue Edition, and the Scenario Booklet gets transformed into a print copy.

At $100, a custom dice set is added, along with a leatherette dice tray, a soundtrack, a signed postcard and a hand-numbered game box. 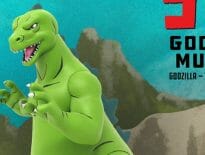 Geek Stuff Pre-order your own lovable terror; the 1970s goofy… 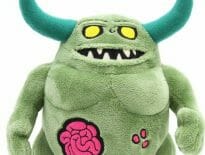